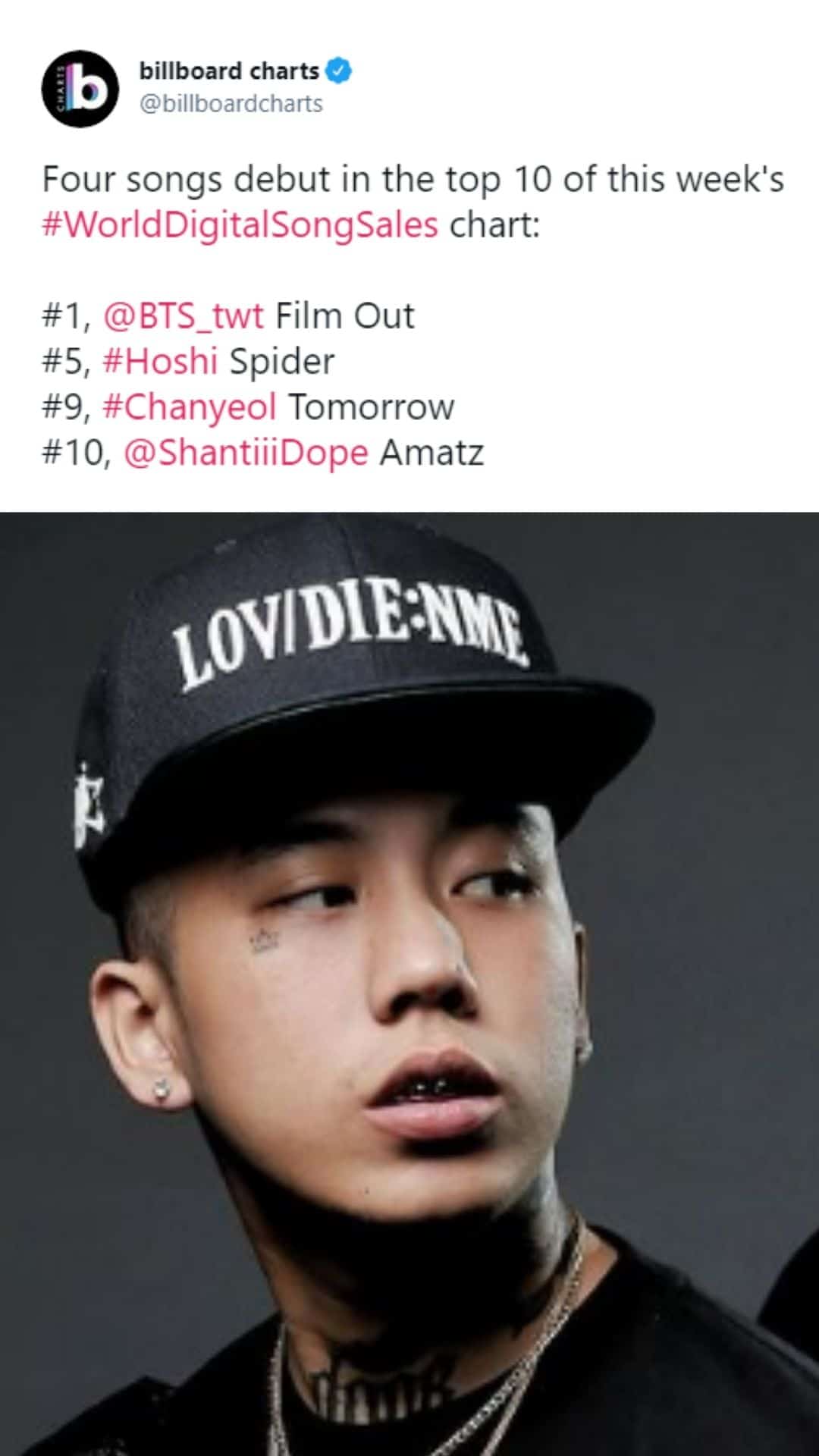 Shanti Dope continues to make some waves in the international music scene after his song Amatz made it to the Top 10 of Billboard’s World Digital Song Sales chart this week.

This came days after Amatz got featured in the April 2 episode of the new Marvel TV series, The Falcon and The Winter Soldier, streaming on Disney Plus.

Billboard on Tuesday posted a list of the chart’s song debuts, with Shanti Dope’s Amatz ranked at No.10.

All other debuts for are music releases from K-pop artists: BTS for Film Out at No.1, Seventeen’s Hoshi’s Spider at No. 5, and EXO’s Chanyeol’s Tomorrow at No. 9.

Shanti Dope, on the other hand, shared his latest feat in a Facebook post saying, “Worldwide type of f shiii

Shanti, or Sean Patrick Ramos in real life, released Amatz under Universal Records in 2019. The song was co-written by himself and Lester “DJ Klumcee” Vaño.

The World Digital Song Sales chart is said to rank the 25 top-performing international singles in the United States based on sales.

The last Filipino song that debuted on the list was Sarah Geronimo’s dance song Tala at No. 12 early last year.