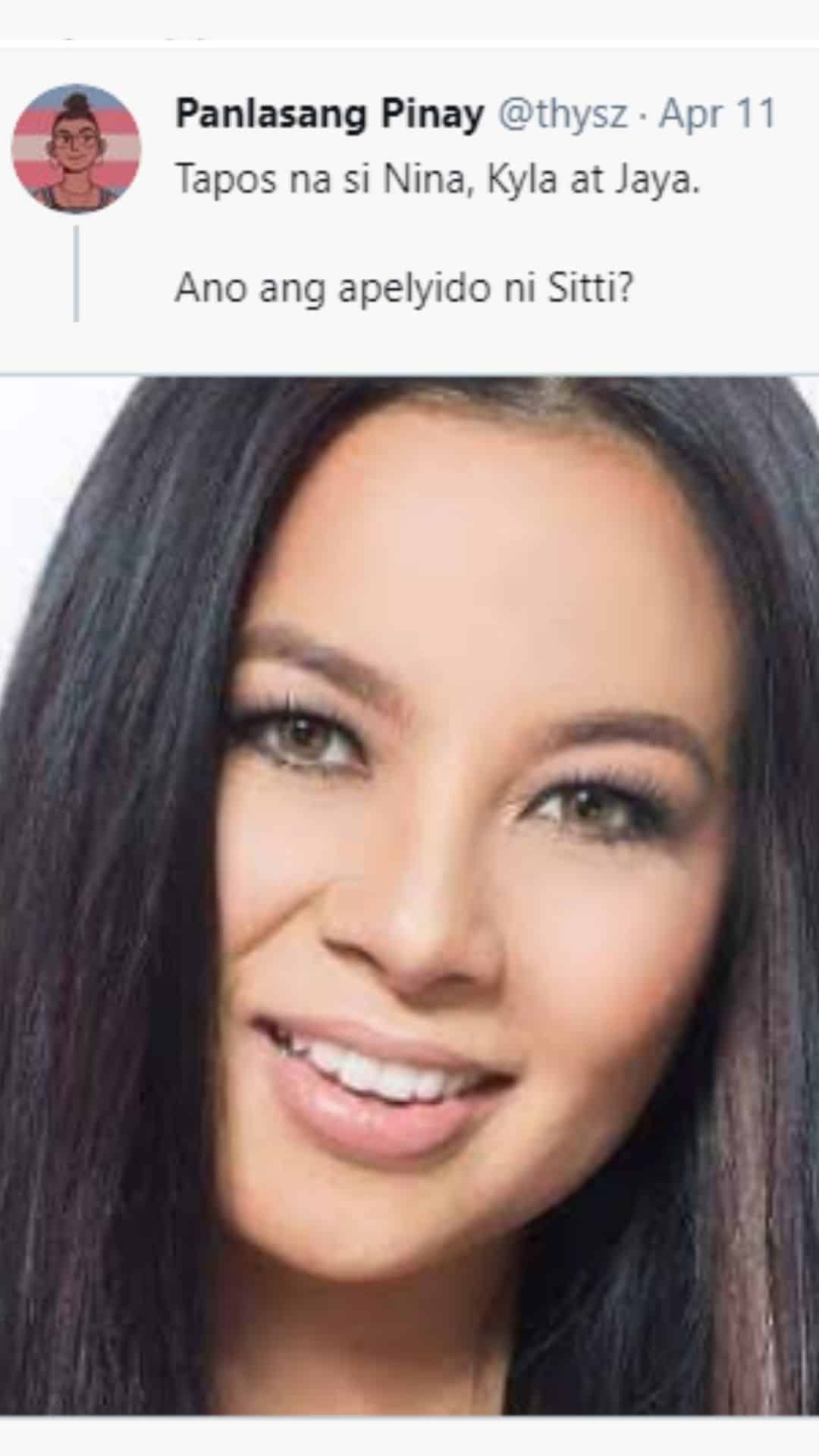 Are you one of those who have wondered what Sitti’s last name is?

The OPM singer is the latest to become subject of the internet’s guessing game on the surnames of mononymous celebrities.

In an Instagram post on Monday, Sitti said she was happy to learn that she was able to bring entertainment to netizens without even trying.

Besides sharing the viral tweet, Sitti also posted a series of screenshots of her favorite meme-worthy guesses, including Daisy Sitti, Sitti Jail and Sitti Scan.

According to this 2011 STAR article, the full name of OPM’s bossa nova queen is Sitti Katrina Baiddin Navarro.

She has then taken the surname of her husband Joey Ramirez after they got married in 2015.