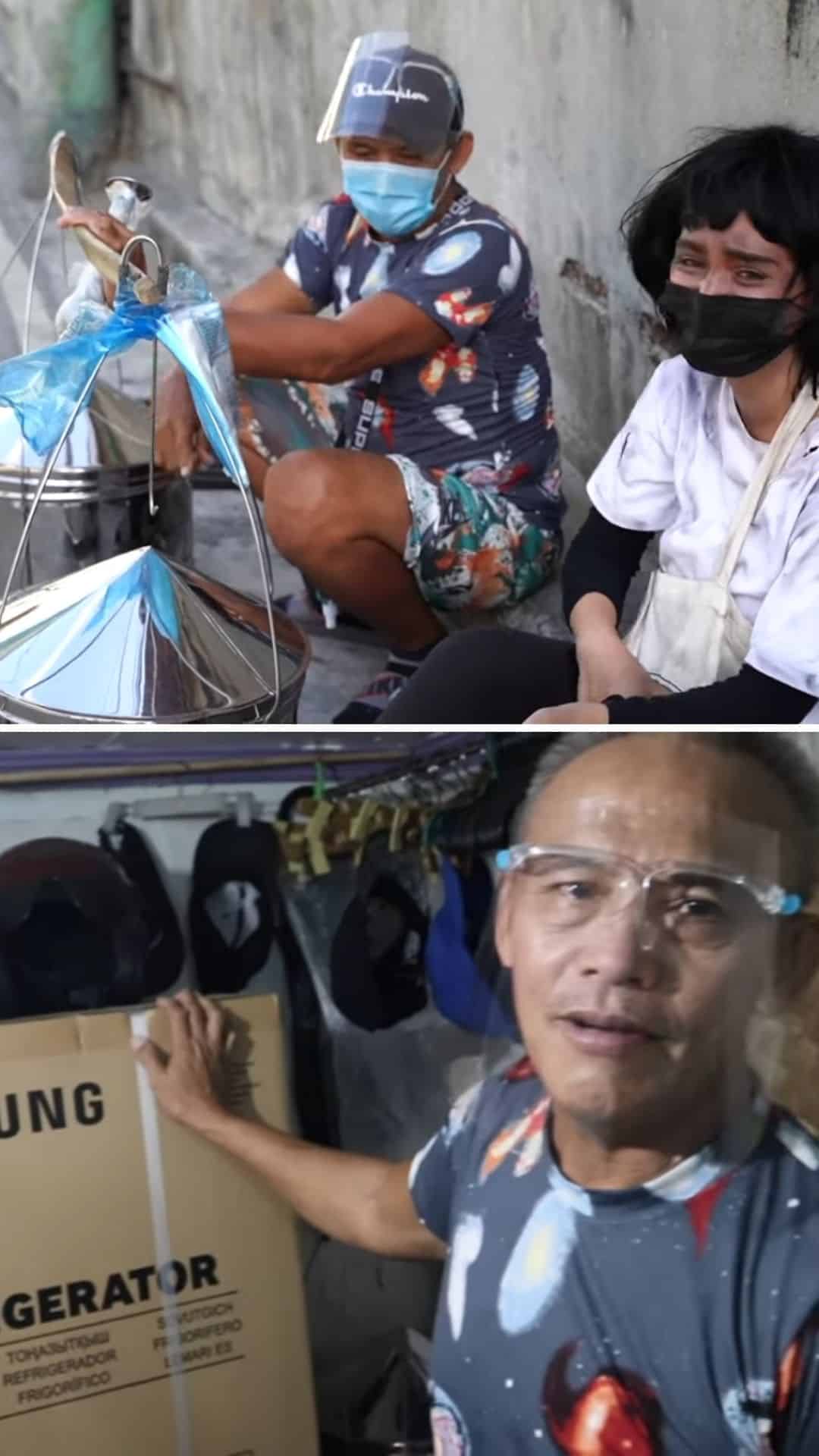 The kutsinta vendor, who went viral for his kindness in Ivana Alawi’s previous vlog, extended his thanks to the actress-vlogger for the gifts he received from her.

In a video uploaded on his own YouTube channel, Joselito Martinez or “Tatay Joselito” shared the things Ivana bought for him, including a brand-new motorcycle and home appliances such as television and refrigerator.

In another vlog, Tatay Joselito gave a sneak peek into the new apartment he moved into and thanked Ivana once again without specifying what kind of help he received from her.

To recall, Ivana disguised herself as a homeless person in her previous “prank” vlog and begged for food and money from strangers on the street.

As reward for the kind gestures from strangers she met on the street, Ivana gave back P1,000 for each peso they gave her.

Among those who showed her compassion was Tatay Joselito who gave her P20 and even offered her a drink and the kakanin he was selling.

Ivana was moved to tears by his generosity and handed him P20,000. She also vowed to give more to Tatay Joselito “because he deserves it.”