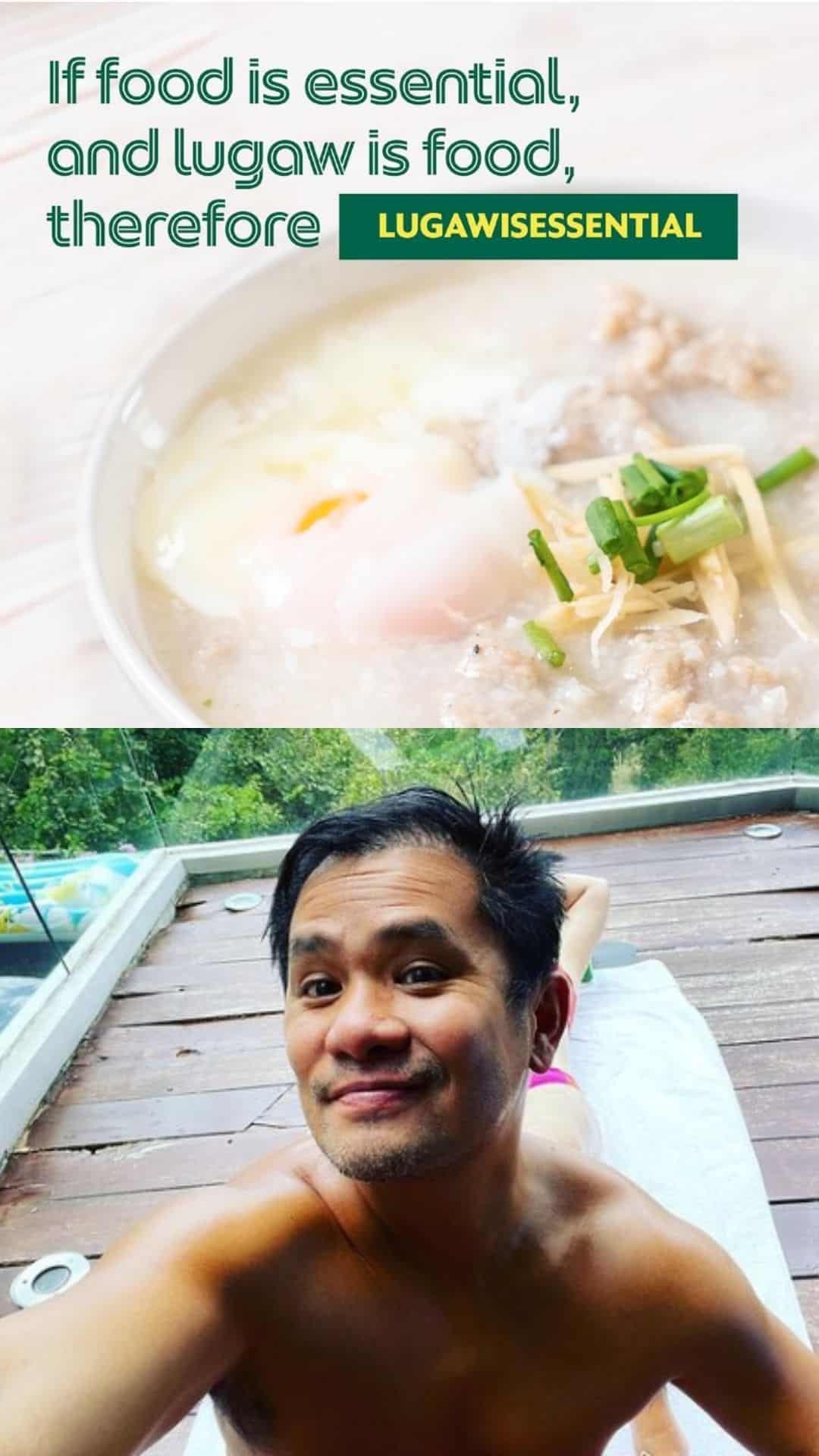 OPM icon Ogie Alcasid has just made a song out of the controversy stirred over the famous Filipino rice porridge or lugaw.

A video of a Grab Food rider recently went viral online after he was barred from delivering lugaw to a customer in a barangay in Bulacan during curfew hours, with a local official telling him that this dish is “not essential”.

After the incident sparked controversy online, Malacañang later released a statement saying that “lugaw, or any food item for that matter, is considered an essential good.”

Ogie, meanwhile, made light of the “lugaw is essential” brouhaha by sharing a clip of him singing the song he was inspired to write because of it.

He drew laughter from followers as well as fellow celebrities, as part of the song’s lyrics goes, “Lugaw is essential pagka’t ito ay pagkain.”

The 53-year-old singer-songwriter also held a Kumu livestream event with artists from his talent management company for the benefit of the delivery rider in the viral video.