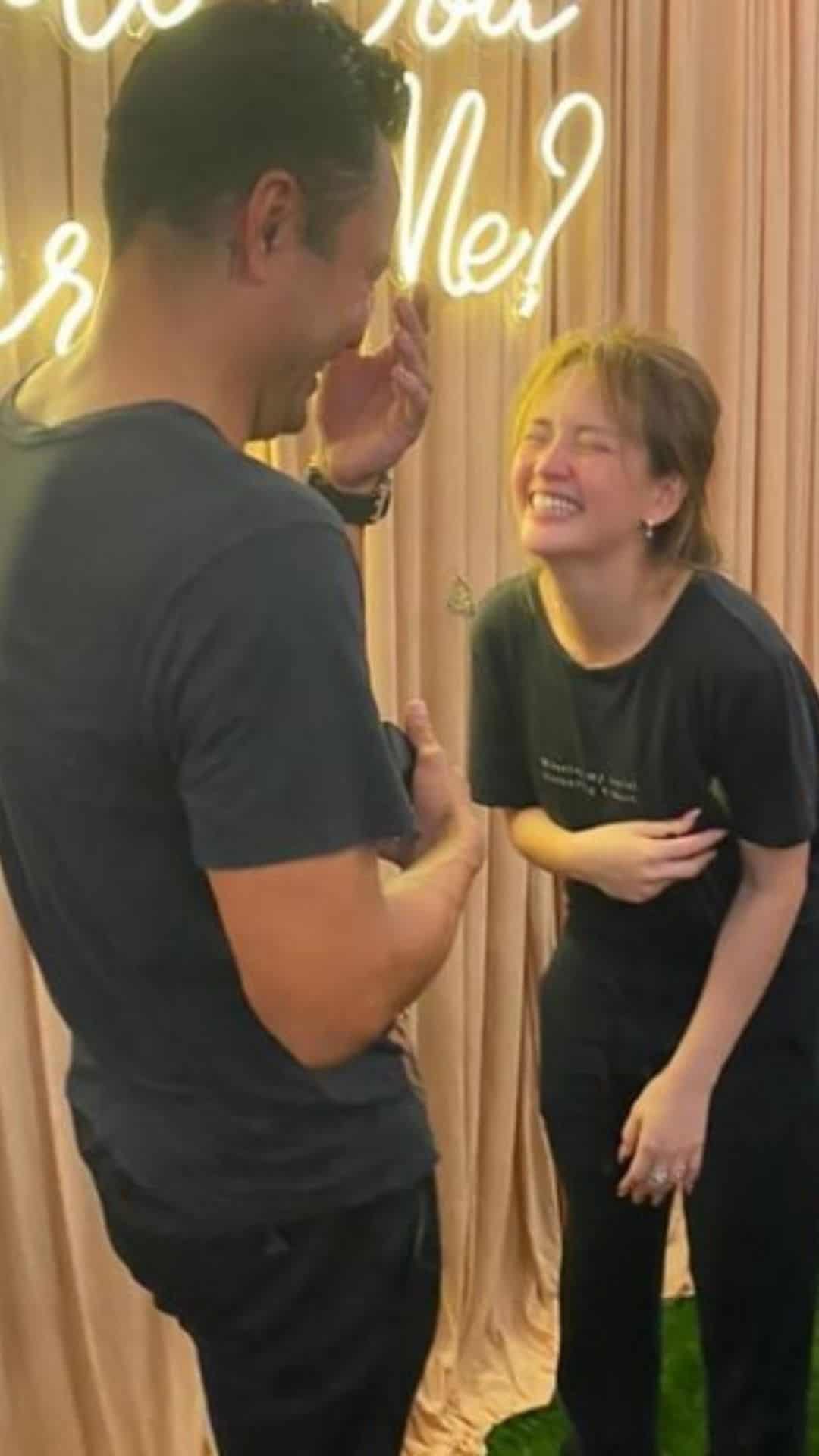 Following his marriage proposal to Ellen Adarna, Derek Ramsay has nothing but heartfelt words to say about his soon-to-be wife.

In an Instagram post on Wednesday, the Kapuso hunk actor shared photos from his engagement to Ellen, including that exact moment he got down on his knee and asked her to marry him.

Derek, 44, reminisced how sparks flew when he met Ellen for the first time, saying that “the chemistry between us has been undeniable, it’s so strong that I have to catch my breath at times.”

He continued: “I’ve always said that love is intangible, something you can’t see or touch…but now I believe otherwise. The chemistry between us that has left me reeling at times has made me see, feel, and grasp this unexplainably deep love I now have. When I look at you I see love and when I touch you I embrace love.”

Derek went on to share that he’s “honored and grateful” that Ellen said yes to being his future wife and more importantly, for letting him love her and vice versa.

“Last night, we were surrounded by so much love. I am honoured and grateful that you said YES BUT most of all thank you for loving me and allowing me to love you…❤❤❤❤.”

The actress earlier shared snaps from the romantic proposal on Tuesday night with the caption, “Game over.”

Derek also earlier shared a photo where he wrote: “Game on!”

Derek and Ellen, who have been dating for almost two months, are both single parents.