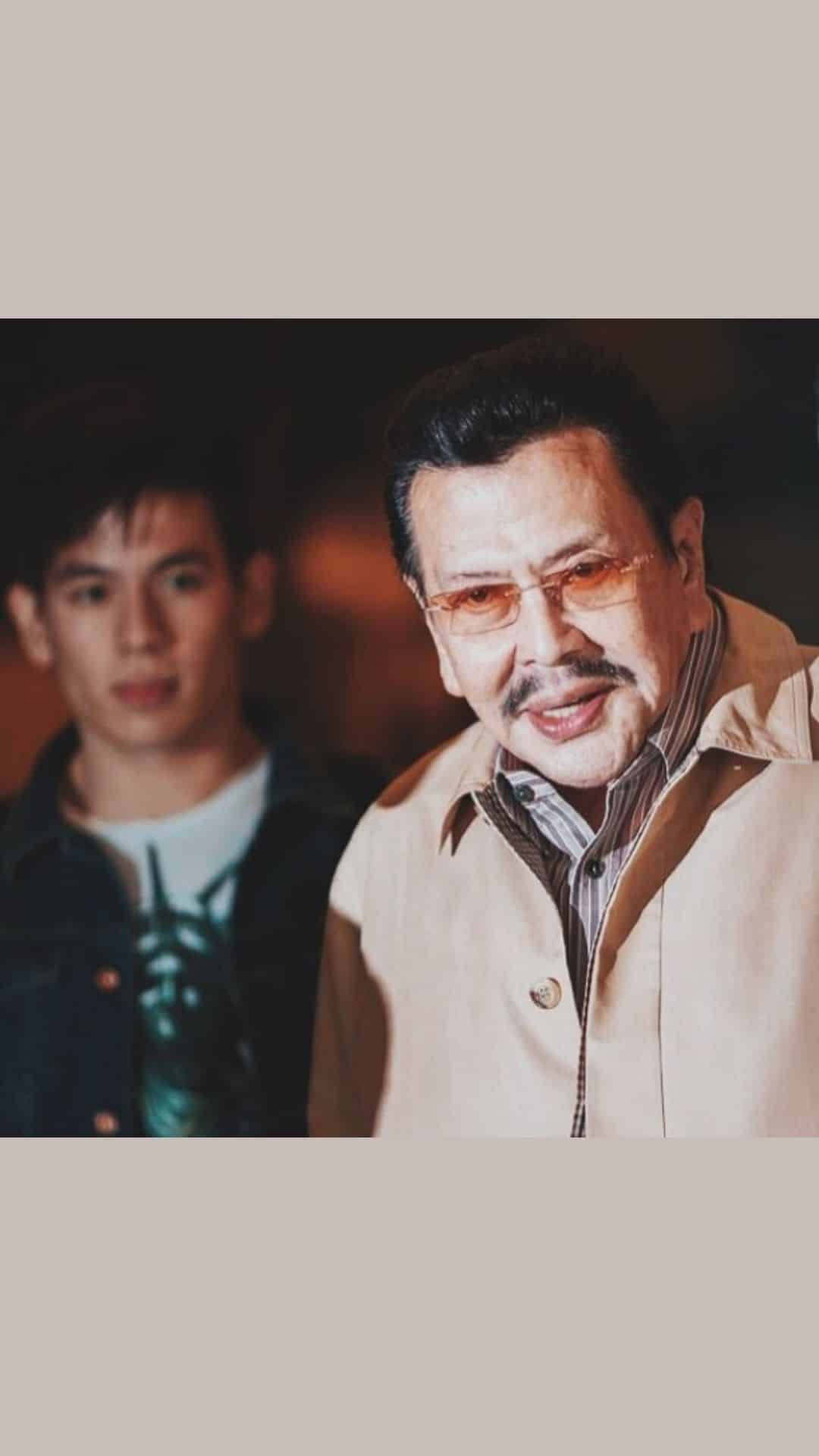 Jake Ejercito turned to social media to ask for prayers after his father, former president Joseph ‘Erap’ Estrada, was hospitalized due to COVID-19.

Former senator Jinggoy Estrada announced on Monday that their 83-year-old father has tested positive for the COVID-19 virus.

In a telephone interview with The STAR, Jinggoy explained his father experienced weakness and diarrhea which prompted them to rush him to a hospital on Sunday night.

“The doctor is also looking into pneumonia. He is now in a stable condition as compared to Sunday night,” he said.

He added that the older Estrada’s oxygen level was low.

Prior to testing positive for the virus, Jinggoy said his father’s swab results from last Thursday were negative.

“Maybe he got it from his visitors,” he said, referring to how his father could have been affected.

On Twitter, Jake asked for prayers for his father’s speedy recovery.

“Please pray for his recovery and the recovery of everyone affected by the virus,” he wrote.

Jake’s older brother, former senator JV Ejercito, has also asked for prayers for those who are fighting the virus.

As of March 28, the Department of Health reported 9,475 additional cases of COVID-19, bringing the total number of active cases in the country to 105,568.

WATCH: Jake Ejercito does the ‘retro filter’ challenge with a...