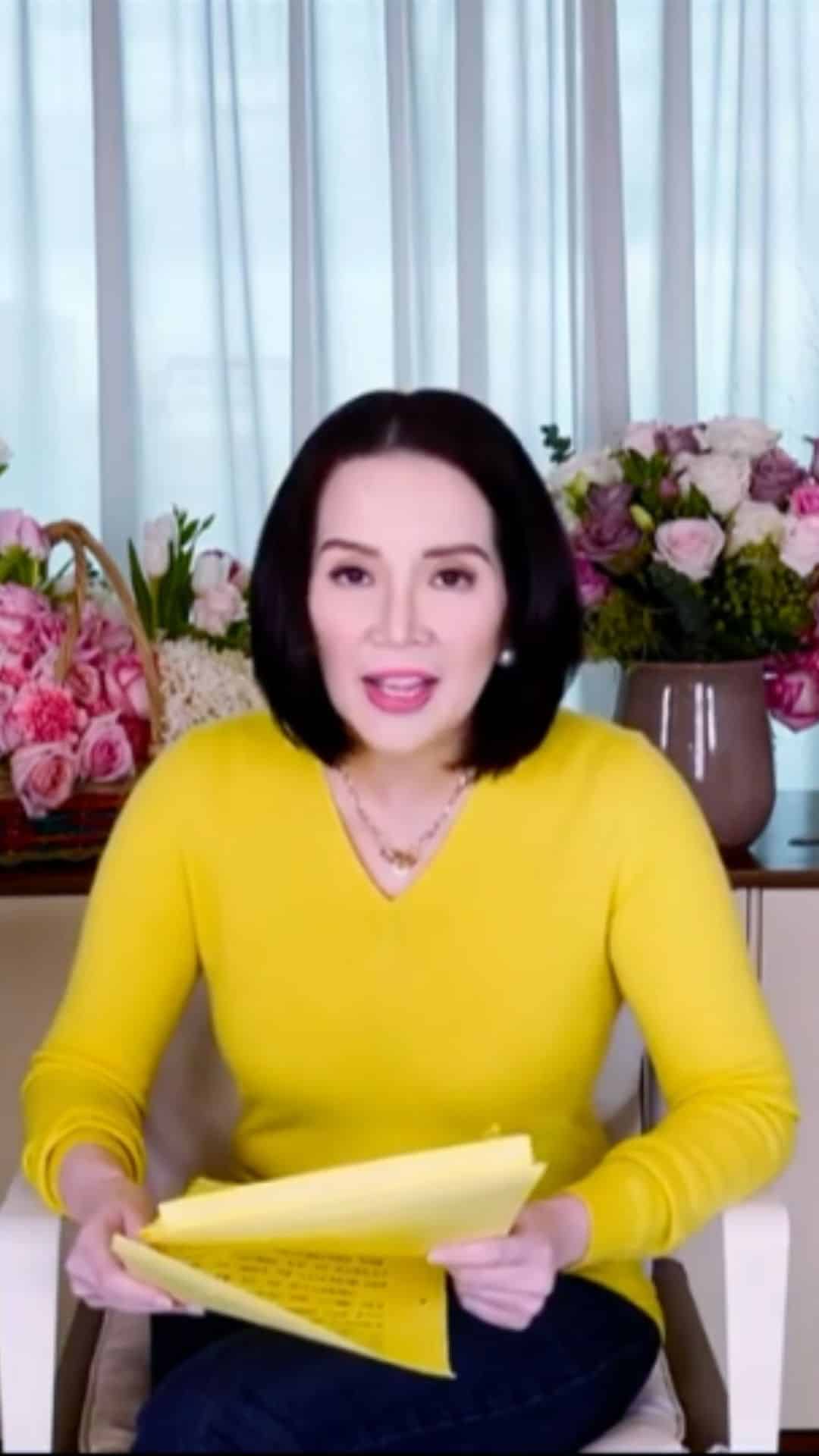 Even in the midst of controversy, Kris Aquino is a Swiftie through and through.

In a tell-all video defending her two sons from malicious talk on social media, Kris Aquino made sure to end it her way — with a quote from her Grammy award-winning idol Taylor Swift.

“I won’t be Kris if I don’t end it this way,” she said before bringing out the lyrics from the American singer-songwriter’s song Mad Woman.

The Queen of All Media released her two-part tell-all video on Instagram where she had to express her disdain over her sons Joshua and Bimby being dragged into social media controversies.

Though she tried to “shut up” about the issues, she said it had only caused her more stress.

In just a week, she said her boys were maliciously targeted on social media, thinking that if they made up rumors about her kids, it would affect her.

She started with the rumors that her eldest son had gotten a girl from Tarlac, where he is currently residing, pregnant. Kris made sure to clarify that him staying in the province is not her way of establishing her presence in the same place her brother and father started their political journeys.

As for her 13-year-old son Bimb, who she said has been ridiculed online, Kris stressed that it is already 2021, implying that those kinds of jokes are not appropriate anymore.

The 50-year-old mother said it’s clear that she is being tested since she is vulnerable when it comes to her sons.

Kris Aquino leaves fans guessing with birthday message for her...