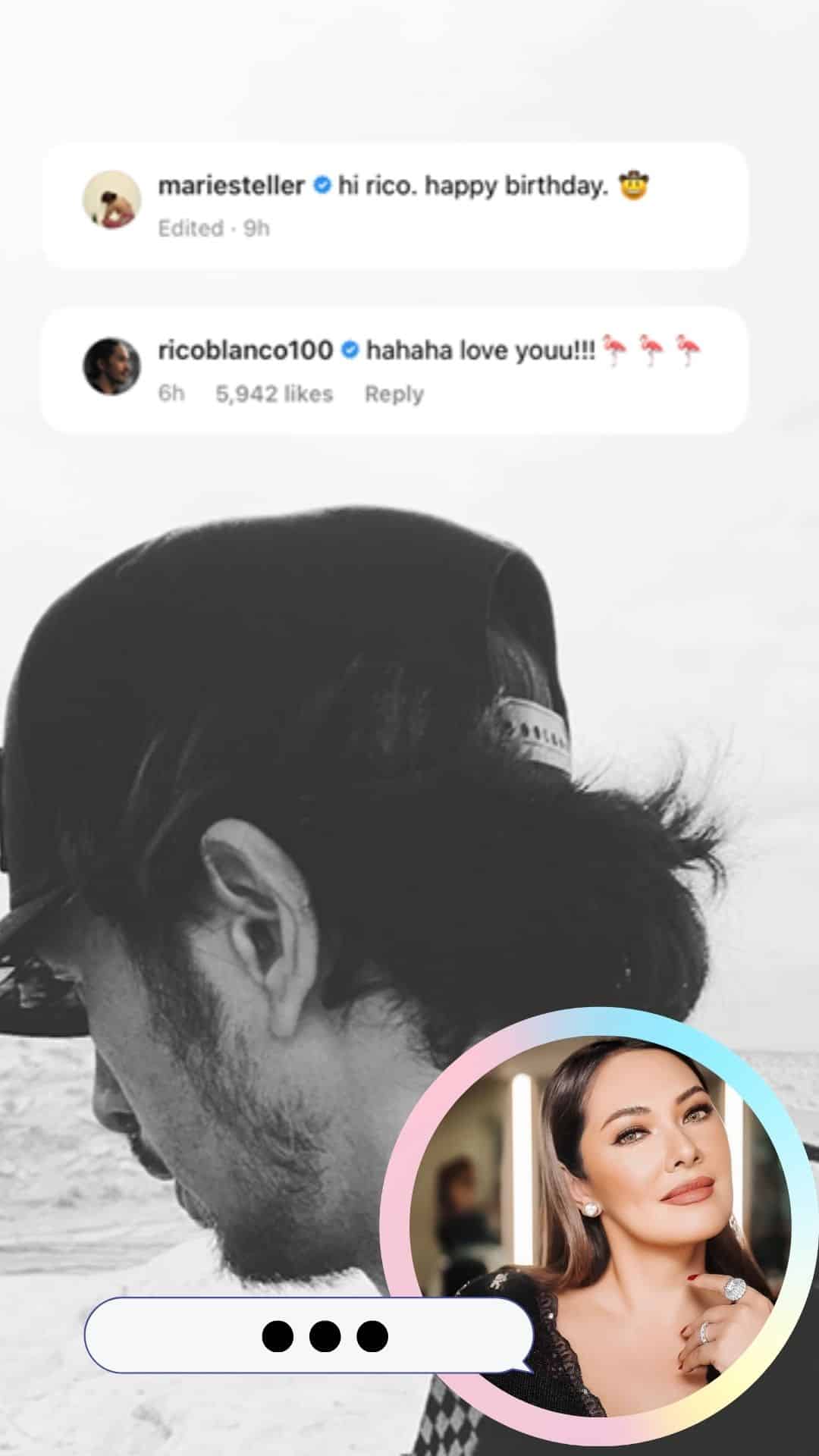 Did Ruffa Gutierrez drop a hint that Maris Racal and Rico Blanco are dating?

Netizens think that Ruffa Gutierrez has just dropped a major hint on the real score between Maris Racal and Rico Blanco.

A day after Maris posted an Instagram video of her duet with Rico to greet the rocker on his 48th birthday, Ruffa left a comment that read, “Ayyyyyyy ? the cat is out of the bag ?❤️.”

Some netizens were quick to take the comment, which has received at least 1,000 likes, as a “confirmation” of Maris and Rico’s rumored romance.

By writing “the cat is out of the bag,” netizens pointed out that Ruffa was suggesting that a “secret” about the two has been let out.

Ruffa co-starred with Maris in TV5’s romance comedy series Stay in Love and even appeared in the 23-year-old singer-actress’ Totropahin or Jojowain vlog.

Meanwhile, Maris and Rico’s cover of Brighter Than Sunshine, which drew “kilig” reactions from fans and fellow celebrities, has continued to send the internet abuzz with dating speculations.

A series of Maris’ old tweets fangirling over Rico also made rounds online, with netizens saying that she has more than manifested her dreams of wanting to hear her idol sing live.

Maris’ most recent Instagram posts were mostly filled with comments from netizens urging her to do a “jowa reveal” already.

Meanwhile, a TikTok video of Rico is gaining new attention amid the romance rumors.