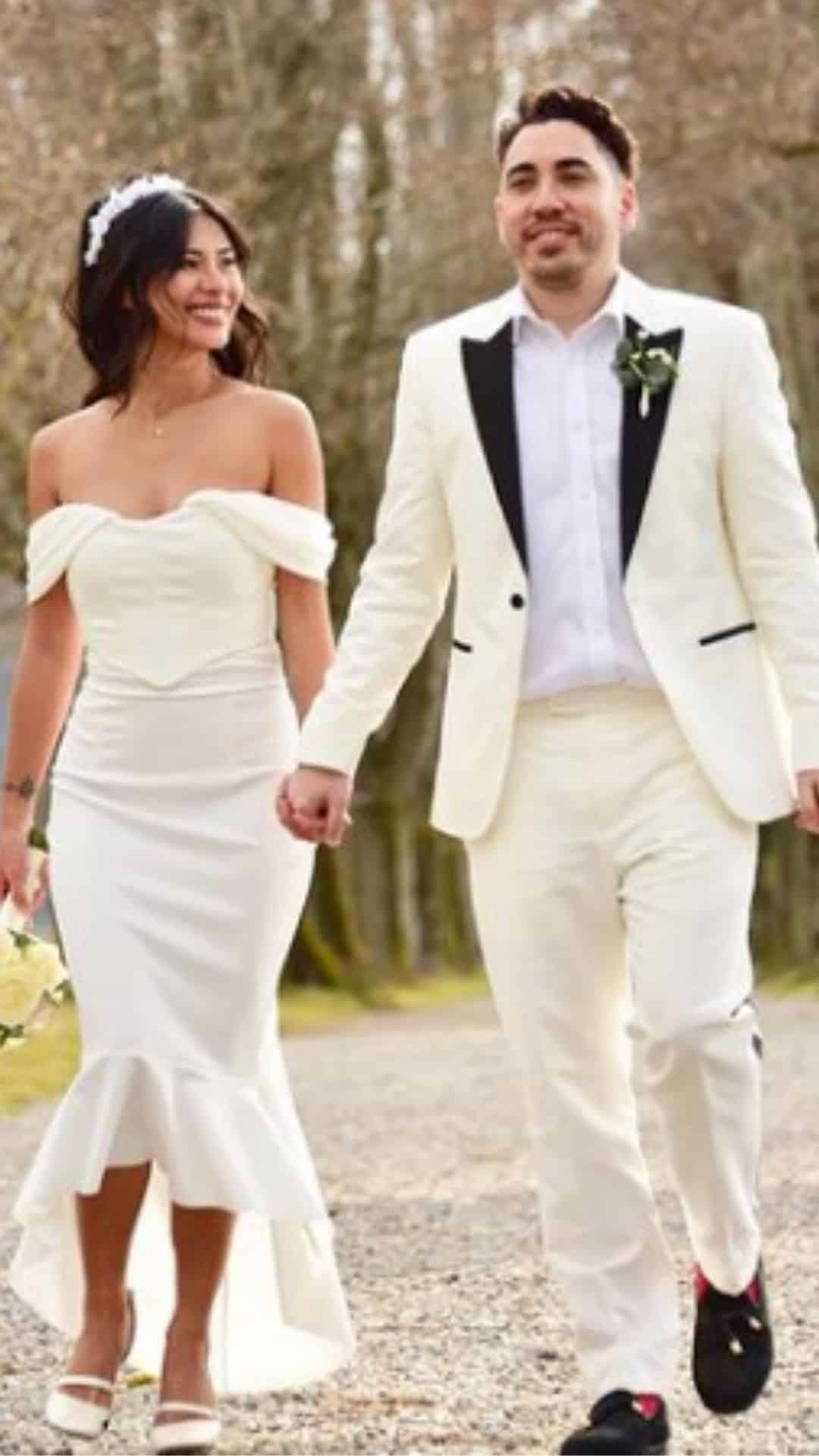 Former actress Dionne Monsanto didn’t have to splurge on a wedding dress to look good on her big day.

When she finally said “I do” to fiancé Ryan Stadler, the former Pinoy Big Brother housemate wore a two-piece, all-white ensemble which included a skirt she got from her older sister, and a corset top she bought from a local online shop for less than P300.

“I spent 300 pesos on my wedding dress! The bottom part of my dress is my Something Old. It was a thoughtful gift from my sister @travelfoodfinds a year ago. The corset top is something I bought from an online shop in the Philippines for less than Php300,” Diane wrote in an Instagram post on Wednesday.

Diane, who tied the knot with Ryan in Switzerland last March 8, also shared one of her major life realizations that real happiness doesn’t come from material things.

“As I’ve gotten older, I realize more and more that things are just things. That I don’t need a lot to be happy. That love and respect from people I love are more important than any material possession,” said Diane.

Prior to their marriage, Dionne announced last month her retirement from showbiz to settle down with Ryan in Switzerland.

Dionne is best-known for her role as Lucy in the 2016 Kapamilya TV series Tubig at Langis.