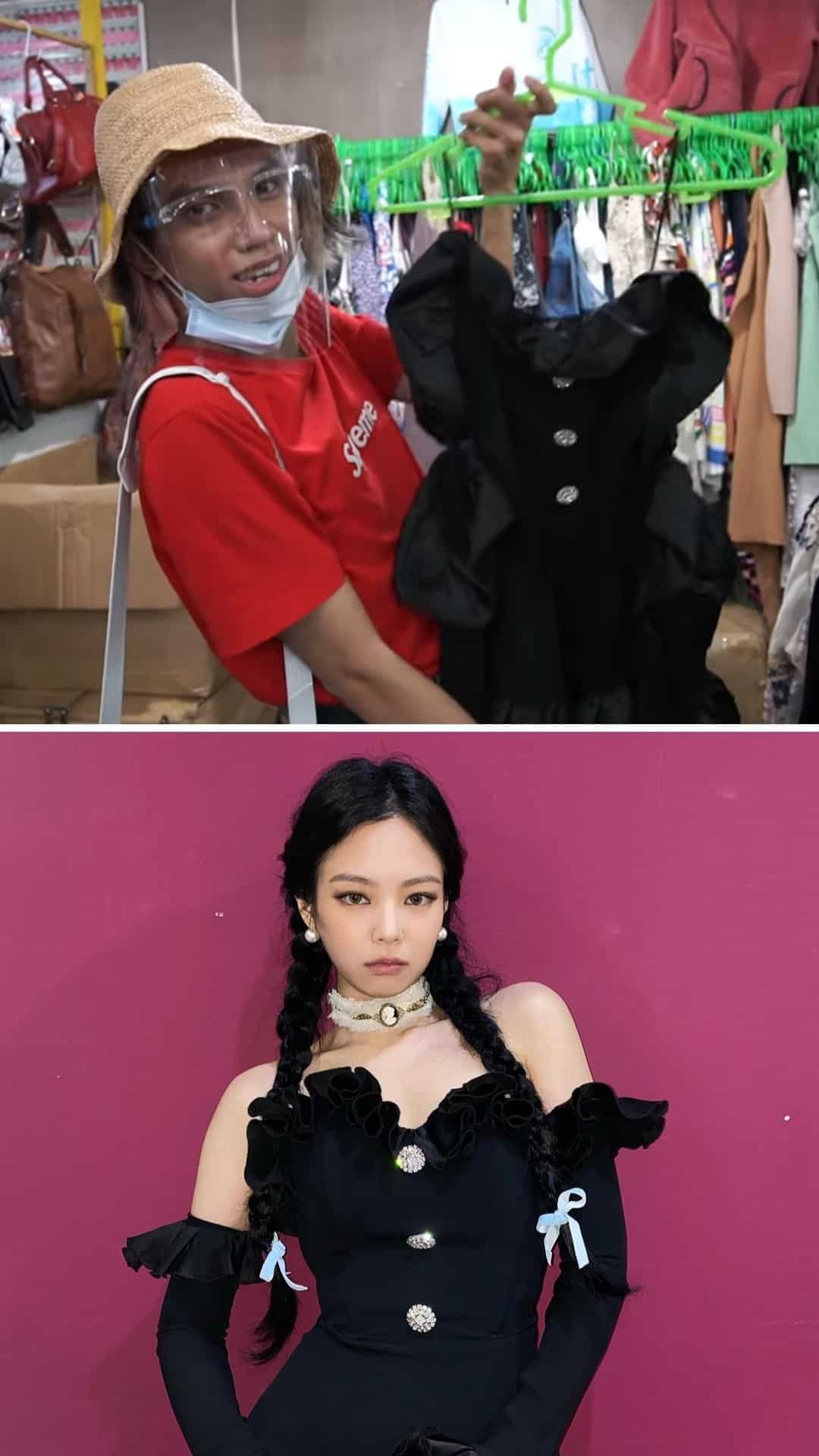 Mimiyuuuh is one lucky Blink after she scored an “ukay” find completely similar to an outfit worn by Jennie of K-pop girl group Blackpink.

The internet star went “ukay-ukay” shopping with celebrity photographer Shaira Luna at a thrift store in Makati as seen on her recently uploaded YouTube vlog.

Mimiyuuh found a black dress while going through the racks and gushed over how it reminded her of Jennie’s fashion.

“Oh my God, look what I found. It’s so cute!…I feel like Jennie. I love it!” said Mimiyuuuh as she sang a line from Jennie’s solo song Solo.

A Blink (Blackpink fan) later on took to Twitter to share that the dress Mimiyuuuh found was indeed similar to the one Jennie wore during a Blackpink stage performance of their hit song How You Like That.

The ruffled mini-jumpsuit by British-based designer Alessandra Rich was priced at $1,870 or approximately P90,682. Mimiyuuuh, however, did not disclose if the dress was by the same designer and how much she got it from the ukay shop.

But Mimiyuuuh retweeted the Blink’s post and shared how thrilled she was over the “blessing”.