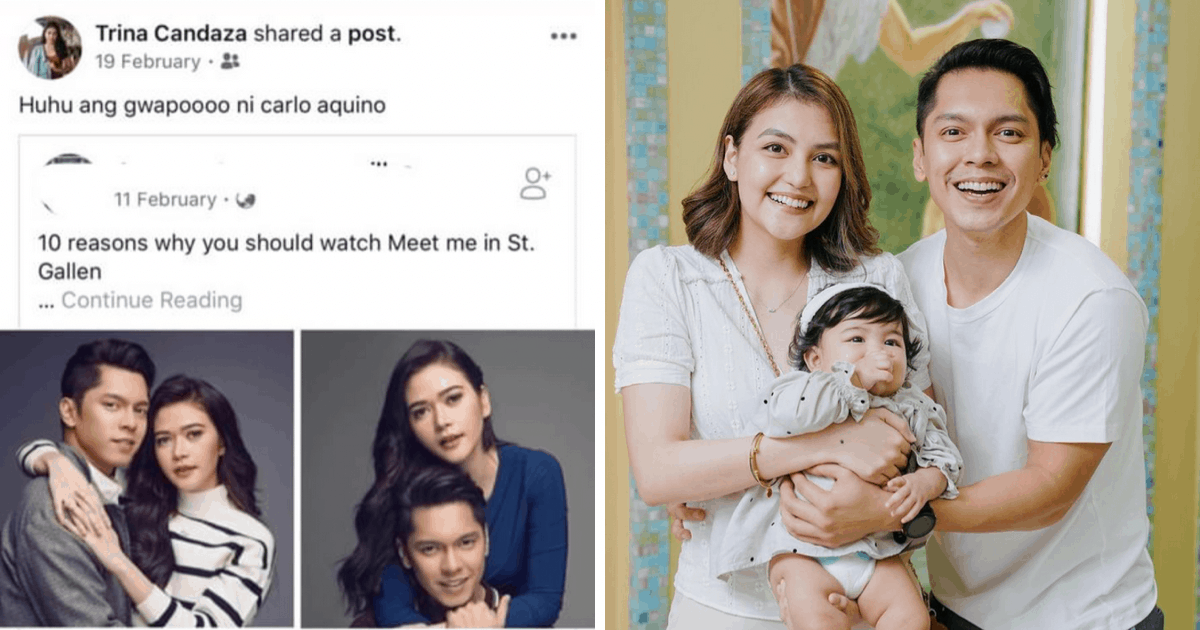 Trina Candaza looked back at how she used to just admire Carlo Aquino from afar, not knowing that she would end up and start a family with him years later.

,” the 24-year-old model on Friday wrote in a “then and now” Facebook post about her relationship with the actor.

Trina shared a screenshot of her gushing about Carlo in a Facebook post back in 2018 alongside a photo of their daughter baby Enola Mithi’s baptism last month.

It was September of last year when Carlo surprised the public after revealing on Instagram that he’s already a father to a baby girl.

Trina also has this advice to those who are looking for “the one”.

Meanwhile, in an interview with his La Vida Lena co-star Erich Gonzales in her vlog last March 7, Carlo said that he first met Trina during a car show at the World Trade Center in Pasay City.

Carlo got Trina’s number and took her out on a date. “Nilabas ko siya, nag-Greenhills kami, ganyan. Nagdire-diretso na.”

Carlo no longer went into detail but there was a time they stopped seeing each other. However, he just couldn’t forget her.