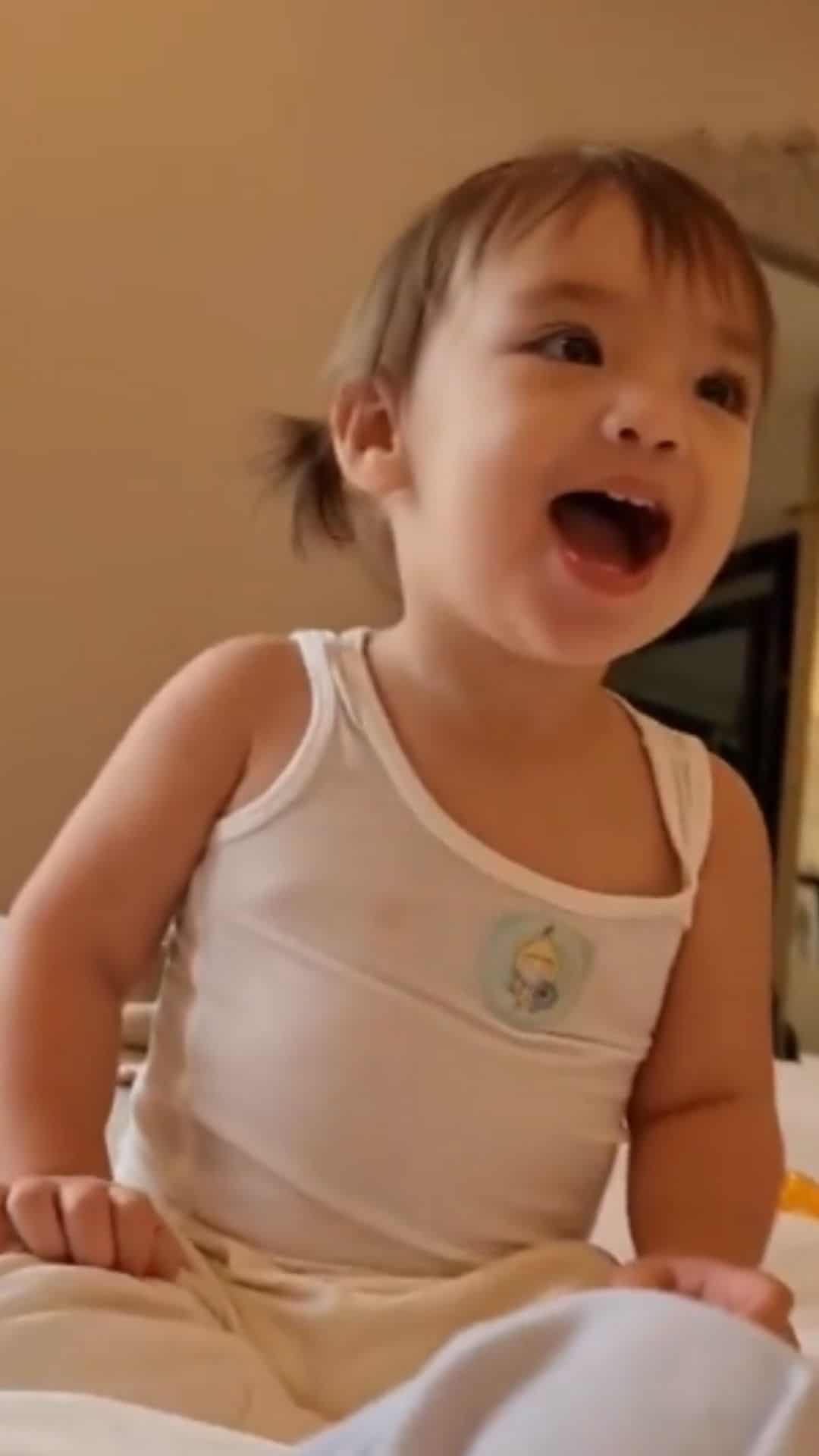 Filipina-French mom Solenn Heussaff felt the need to explain why she lets baby Thylane watch cartoons in French and Spanish only.

The Kapuso actress-host recently shared via Instagram stories that her one-year-old daughter is now allowed to watch five minutes of cartoons on TV per week — but only those in the French and Spanish language.

This raised the curiosity of some netizens which made Solenn reveal the reason behind her decision, saying that baby Thylane is used to hearing Tagalog and English at home.

“She hears English every day with everyone so she will learn it fast. She hears Tagalog every day at home and with family, so it will come naturally just like English,” said Solenn.

Baby Thylane also learns French not only from her mother Solenn but also from her French grandfather Louis Paul Heussaff, and Spanish from her Argentine father Nico Bolzico.

According to Solenn, she learned from books the advantages of introducing a child to multiple languages.

“So I am not sure if she will identify all languages or think all four are one. Anyways, read in many books, the more languages you expose a baby to, the better,” she said.