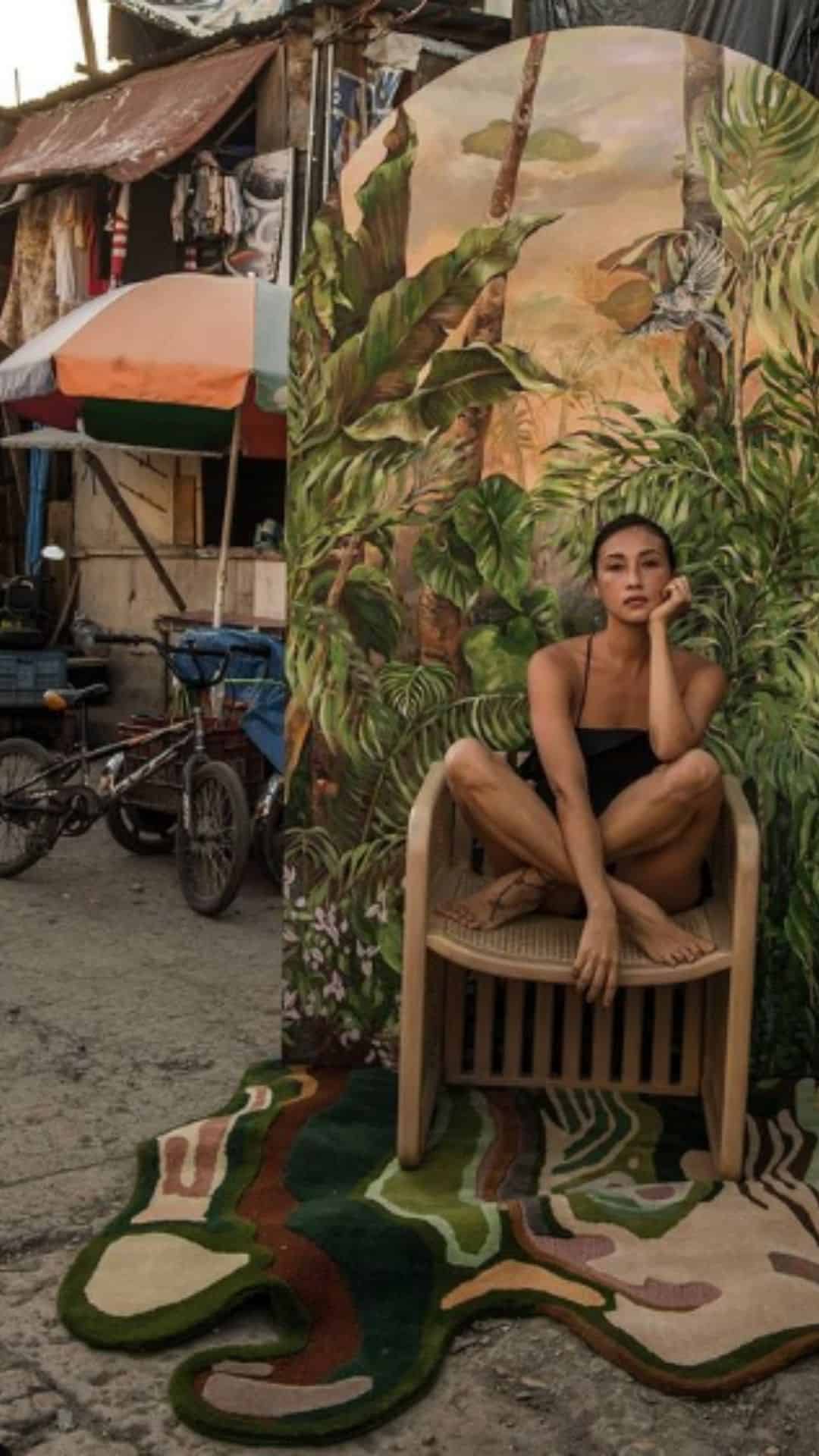 On Wednesday, the Kapuso actress and visual artist took to social media to announce that her 3D solo exhibit will be on display at the Modeka art gallery in Makati City from March 26 to April 24, 2021.

The exhibit titled Kundiman, which is three years in the making, “expresses my love, appreciation and hope for our country and our people,” according to Solenn.

Along with her announcement was a photo of her sitting in front of her massive acrylic painting with her self-designed rug under a chair set up in what netizens pointed out as an urban poor area.

The photo, however, drew flak from some netizens who called her out for being “insensitive” and “out of touch” for supposedly making “poverty as a backdrop” for her art.

“The whole set-up doesn’t sit well with me. It seems like the backdrop was there to cover the reality of poverty. idk. It feels mockery to me. I hope I’m wrong tho,” said a certain Marianne Regalado on Facebook.

Solenn, meanwhile, addressed the criticisms on her Instagram, saying it is not her intention to use poverty to drum up interest in her art. She asked critics to see the bigger picture of what she’s trying to convey.

“Sorry this is not my intention at all. If this was shot in the middle of BGC then you would say I live in a bubble. I love my country and everything that makes it what it is. Maybe when you see the full exhibit you will understand what I’m trying to bring to light,” explained Solenn.

Solenn also noted that “it is all about not turning a blind eye to what goes on around us” and “bringing people’s story to light” after a netizen suggested that she should have given her choice of background a “much deeper thought”.

In a response to another netizen, Solenn shared that she will be posting the art online “with more details for people to understand.”

She also responded to a netizen who noticed that she deleted “negative comments,” saying she is getting rid of “toxic” people who are quick to judge.

“Because negativity is toxic. People who are quick to judge are toxic. That’s what happened to the world when social media became too easy to use,” said Solenn.