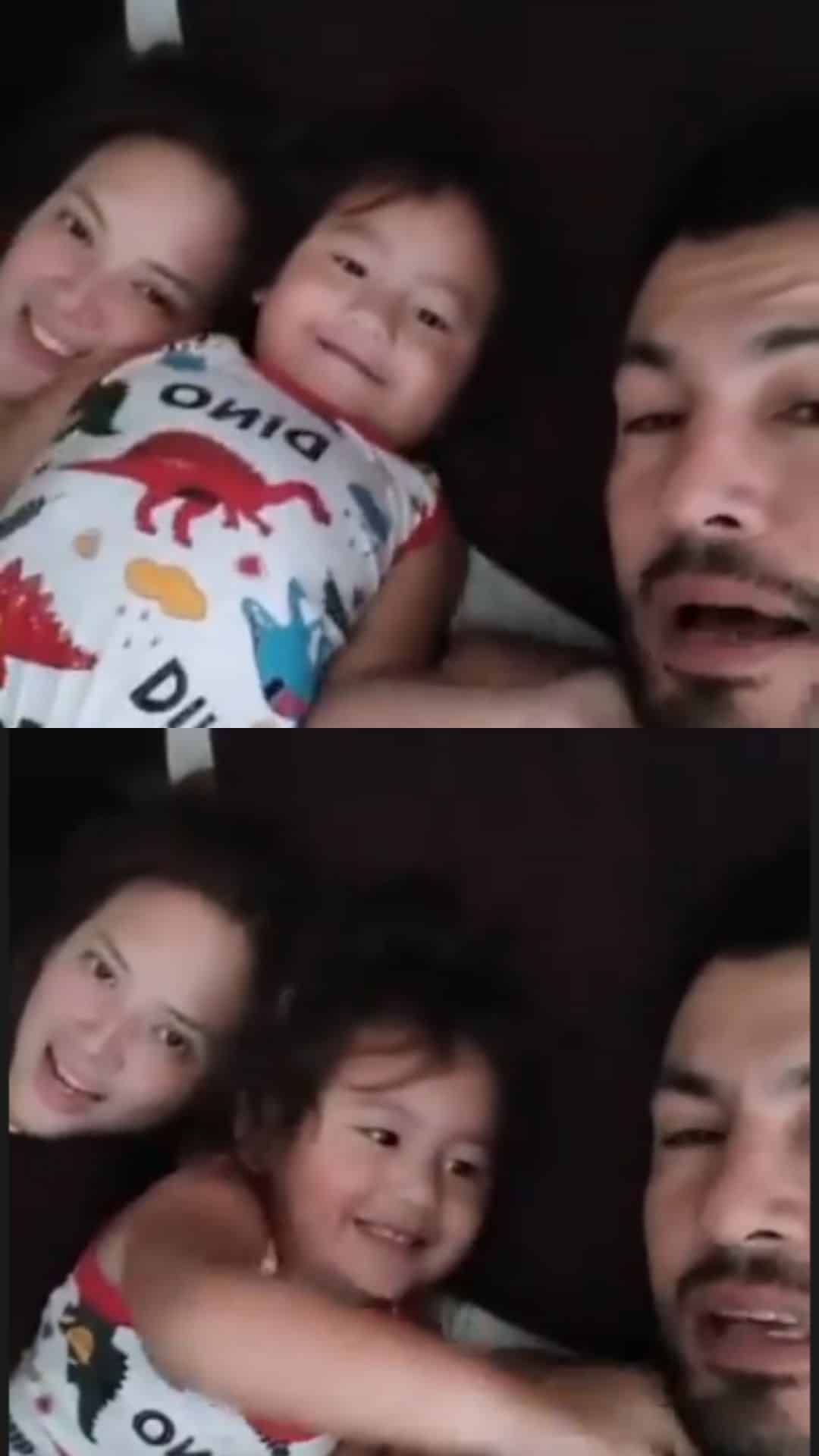 Ellen Adarna couldn’t help but gush over this bonding moment between her baby boy Elias and boyfriend Derek Ramsay.

On Wednesday, the 32-year-old actress shared via an Instagram story a video of her two-year-old son being playful with Derek while they were all lying on a bed.

“What is this boy doing to me? Are you giving me a facial?” Derek jokingly asked when Elias was running his hands across his face.

Elias, who is Ellen’s son with ex-partner John Lloyd Cruz, explained that he was just “getting a spider off Tito Derek’s face.”

Ellen then asked Elias to sing the Incy Wincy Spider nursery rhyme, which Derek did right away.

The toddler then gave Derek a hug as the latter decided to put the video recording to a stop.

The video was also uploaded on Derek’s Instagram account where he simply put spider and cobweb emojis as a caption.

To which Ellen commented: “My boys, my heart I kennot,” along with heart emojis.

While celebrity friends and followers wished them well, there were some netizens who found the post “wrong in so many levels.”

One netizen lectured the couple for posting a pic that could potentially hurt John Lloyd’s feelings.

“So everyone needs to adopt your values and beliefs just because you think it’s right? Because you think’s disgusting? Have an open mind and open heart ❤️ that is what the world needs. Not your unsolicited advice.

“Let’s just say, I listen to you, what would it do for you? Believe what you want, just don’t impose them on others,” Ellen said.

In a Philippine Star interview on Tuesday, March 2, Derek denied he was becoming a father figure to Elias, saying “JL is a good father” while he is an “amazing tito”.

Derek previously shared his cute interaction with Elias on Instagram.

Derek and Ellen recently revealed that they have been together for a month now after their much-talked-about dinner get-together in January, saying that their relationship is “not normal, and it just happened naturally.