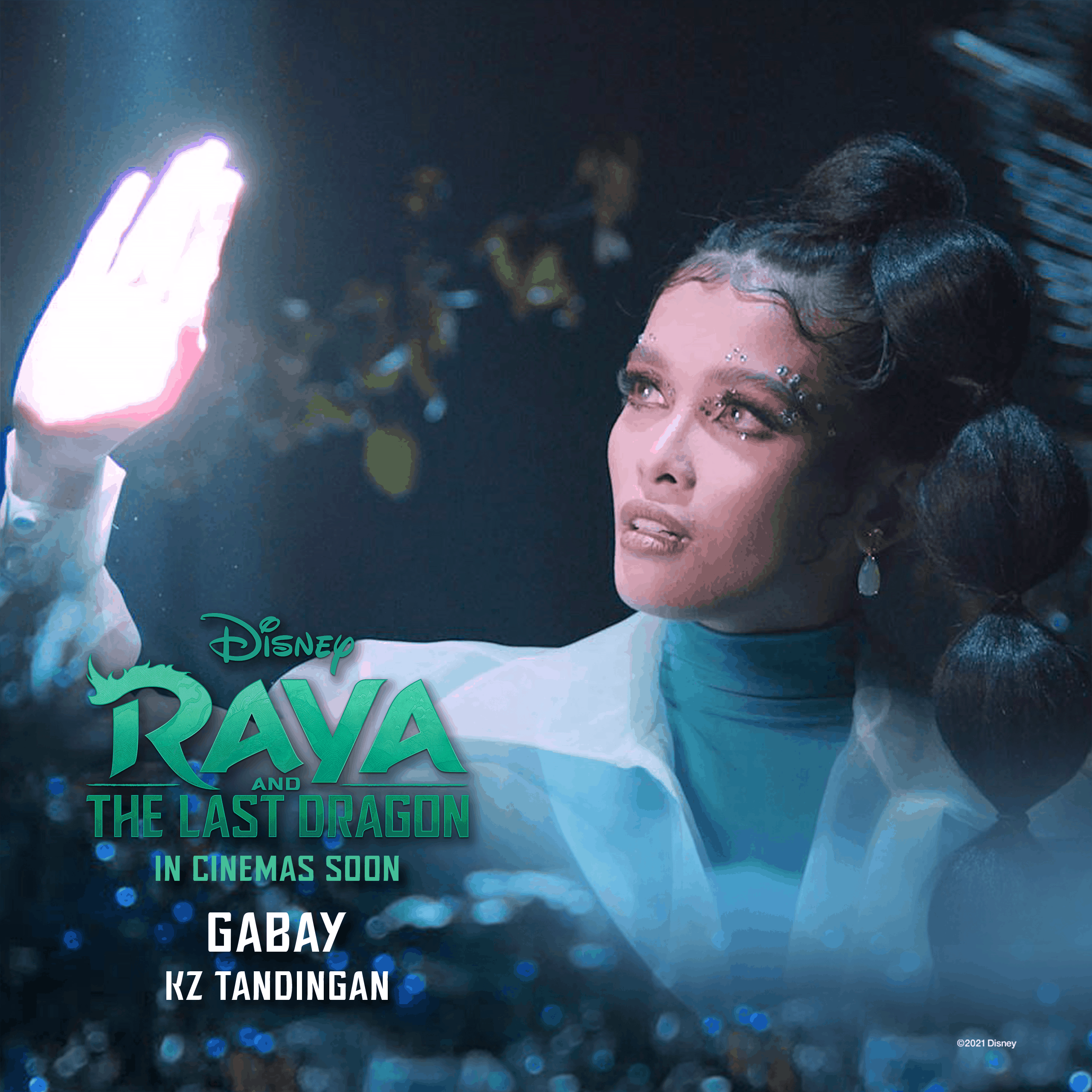 Asia’s Soul Supreme KZ Tandingan has been chosen to sing the first-ever Filipino language song for its upcoming animated film Raya and the Last Dragon.

Disney Studios Philippines earlier released a photo teasing that “one of the Philippines’ most powerful voices” will sing the first-ever Disney track in Filipino.

“I am so grateful to be chosen to sing the first-ever Disney track in Filipino!,” wrote KZ on her social media accounts.

“Raya and the Last Dragon is inspired by various Southeast Asian cultures and, as such, we found it fitting to launch Gabay as a way for us to celebrate the film and connect with our Filipino fans,” said Allie Benedicto, studio marketing head of Disney Philippines.

“Gabay, the first-ever Disney track sung in Filipino, demonstrates our commitment to work with local creative talents to tell our stories in a locally relevant manner,” she added.

Raya and the last Dragon follows the story of Raya (voiced by Kelly Marie Tran) who sets out on a journey to track down the legendary last dragon Sisu (voiced by Awkwafina) to restore the fantasy world of Kumandra, after sinister monsters known as the Druun threaten the land.