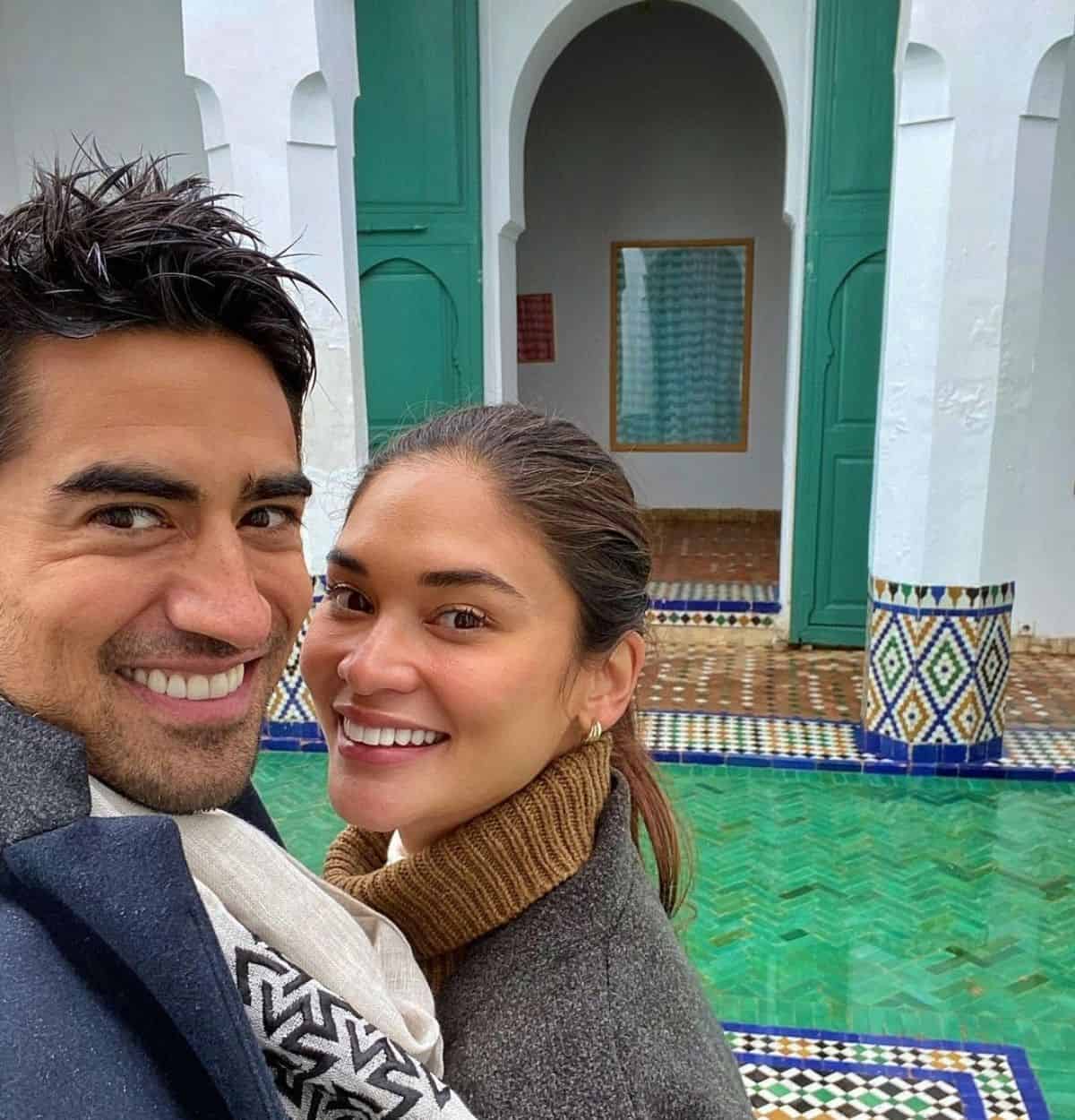 Pia Wurtzbach recalled being in a relationship with a guy who didn’t want to talk about marriage.

In Pia’s new Spotify podcast, Between Us Queens, with fellow beauty queens Carla Lizardo and Bianca Guidotti, they discussed the “dreaded” question, “Kelan ka mag-aasawa?” that’s being asked of women when they reach a certain age.

The hosts agreed it’s okay for women to ask “difficult” questions about future plans, including marriage, at one point in their relationships. For them, it’s a relationship red flag when their significant other would avoid the subject and “suddenly disappear”.

“I had a relationship like that. Yeah (he would disappear). You say the word ‘marriage’ and he’s like nope, don’t even go there. He’s just gone,” Pia said.

It’s a different story with the 31-year-old’s current beau, Scottish businessman Jeremy Jauncey. Early on in their now one-year relationship, they didn’t shy away from talking about the topic of marriage.

“Yeah, we actually are. We talked about it like really early on, but not marrying each other ha, just the idea of it and, you know, what we want for the future. Kasi tama nga kayo, nasa age na tayo na di na tayo nagsasayang ng oras na parang, ‘Ano to? You’re just dating to what — fool around?'” Pia said.

She explained that she wants to make sure she’s investing time in somebody who wants to go into the same direction as hers. Fortunately, she’s on the same page with Jeremy.

“You know, we both wanna settle down, we both wanna have big families, we both are very family-oriented. That was a good sign early on in the relationship,” she said.

“Mahirap naman yung nakailang years na kayo, tapos biglang, ay, ayaw nya pala or iba pala gusto niya. That would be hard. We made sure to get something straight from the very beginning.”

The former Miss Universe also gave this advice to fellow women. “Ladies, if you’re listening to this: yung mga difficult questions siguro pag-usapan niyo na and get it out of the way sa umpisa pa lang para di na siya mahirap later down the line.”

During the podcast, Pia also said she’s not bothered whenever she gets asked not just by friends or family members but also netizens about when she’s going to marry and settle down.

Meanwhile, Pia acknowledged that her current relationship is still fresh and that it’s important for her not to be blinded by this “lovey-dovey” stage.

She also believes that it’s not the length of time spent together that can determine how close a couple becomes or how much they get to know each other.

Pia is in Morocco with Jeremy, the 34-year-old CEO of an international creative and marketing agency called Beautiful Destinations.

They have been posting about their travel adventures on Instagram, including how they spent the day of hearts.

In one post, Pia shared how Jeremy made up for forgetting about Valentine’s Day last year.