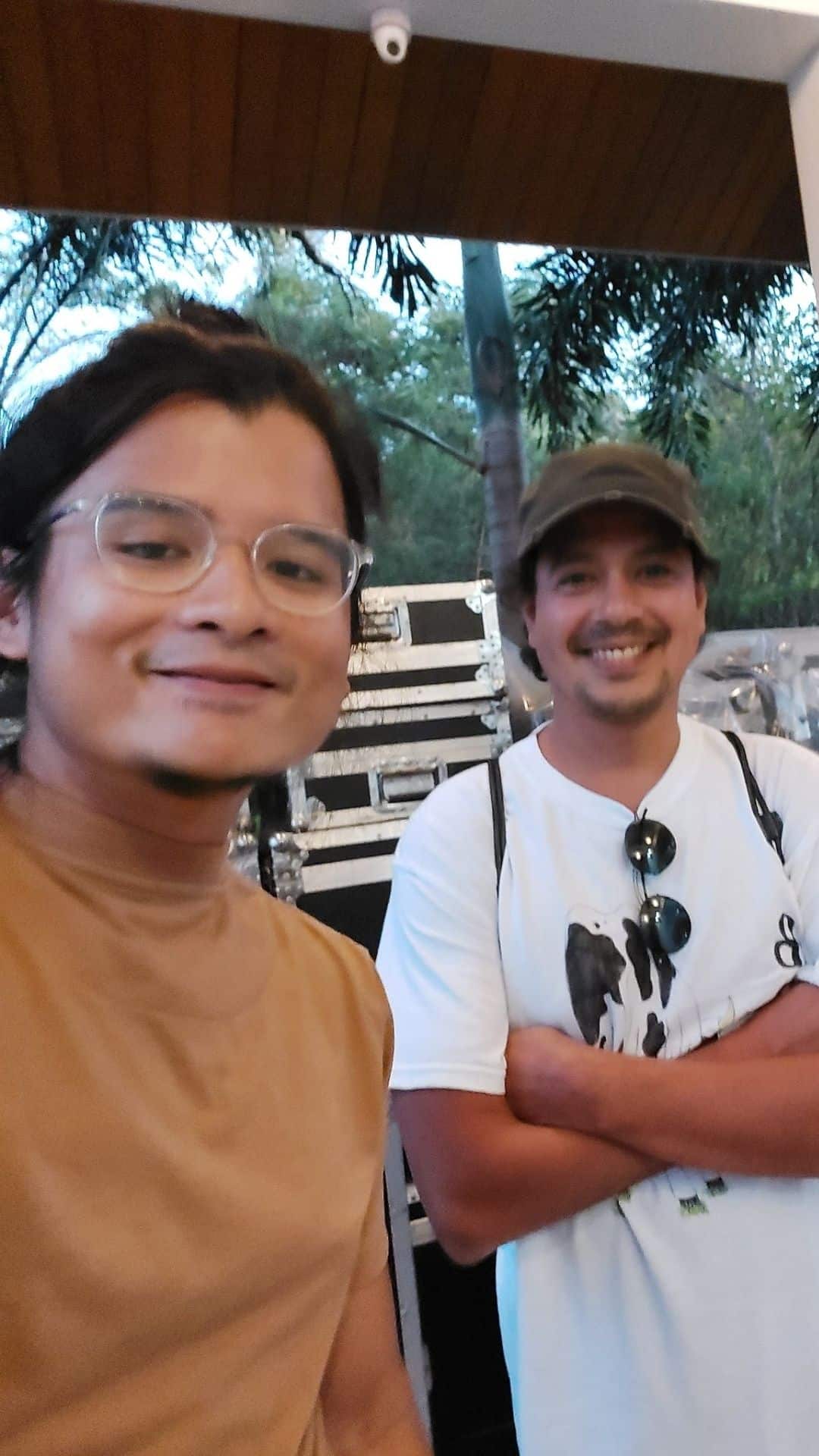 Is Ben&Ben working on a collaboration with John Lloyd Cruz?

Band vocalist Paolo Guico on Friday posted a photo of himself with John Lloyd Cruz on Twitter, sharing that the actor dropped by the folk pop band’s residence.

“May dumalaw sa Ben&Ben house,” wrote Paolo in  the tweet.

With Ben&Ben not a stranger to lending music to movie soundtracks, the photo left netizens speculating on a collab project for John Lloyd’s anticipated major comeback on screen.

John Lloyd is expected to return to the big screen this year via his reunion movie with Bea Alonzo. He’s also starring in another Lav Diaz film, Servando Magdamag.