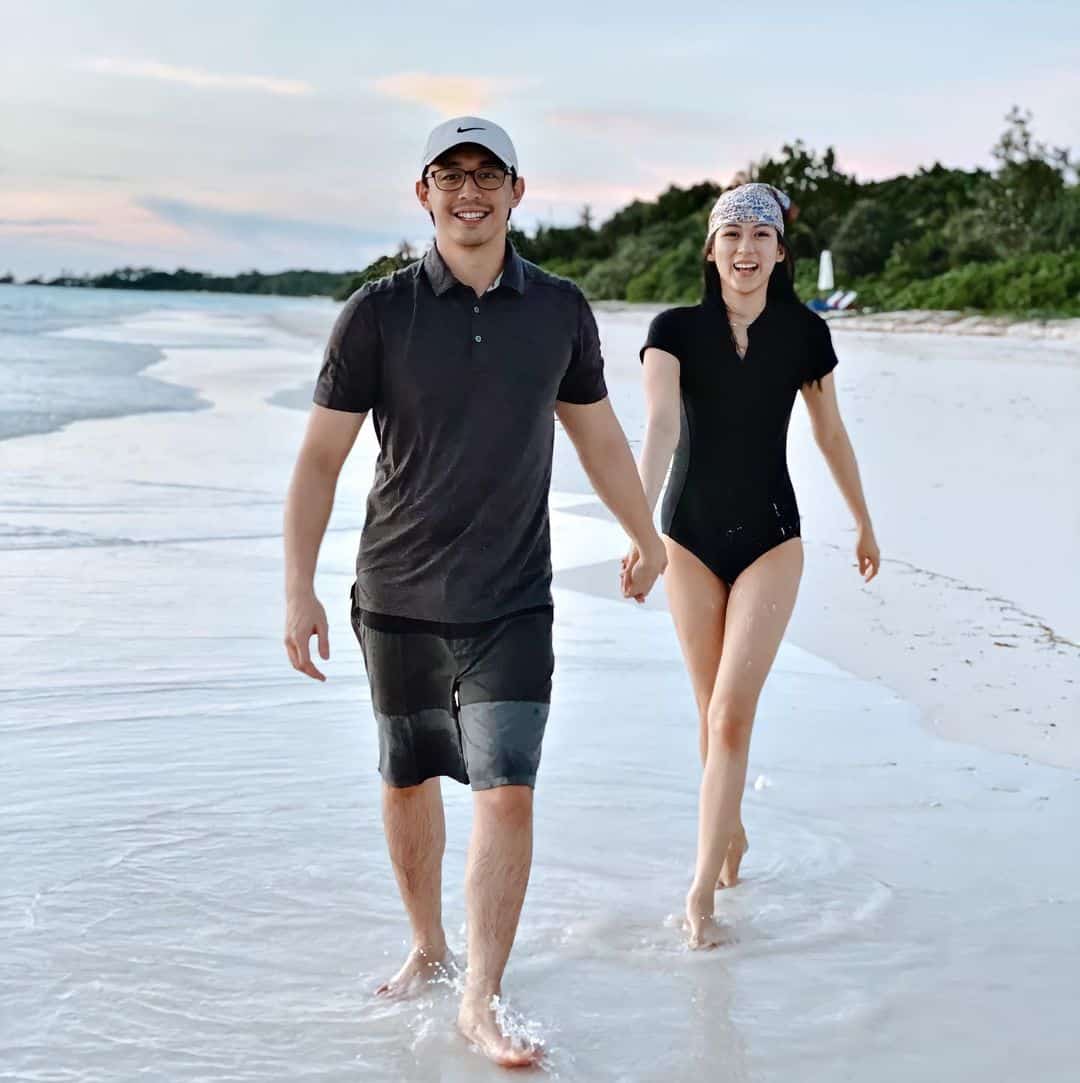 Mikee Morada had this to say about his wife Alex Gonzaga’s naughty wedding vows which previously made the rounds online.

In a newly-uploaded vlog on Alex’s YouTube channel, the two along with Toni Gonzaga and Paul Soriano played a “couple’s edition” of the Never Have I Ever game, where they answered some questions pertaining to their sex lives.

Knowing how conservative and strict their parents are, Alex pointed out that they can freely answer such questions now that she and her older sister Toni are both married.

One of the questions Alex raised was, “Never have I ever invited my partner to do some bang-bang and got rejected.” To which Mikee laughingly reacted, “‘Yung mga pinagmamalaki niyang lumpuhan — fake news!”

To recall, Alex made a joke about her first night with Mikee in her wedding vows.

Part of her vows said: “Tonight is the night when two become one. Sana nag prepare ka kasi magkakalumpuhan tayo.”

Mikee also commented on Alex’s viral response to the “pwede na maputokan” tweet of the parody account of her Mommy Pinty in Toni’s recent YouTube vlog.

Asked if he got offended by it, Mikee replied, “Hindi naman masyado.”

He, however, related that he was more anxious about Alex’s viral TikTok video of doing Ariana Grande’s 34+35 dance challenge, where she pulled out two pieces of pandesal from her top.

Toni then asked if her sister’s naughty antics have had caused a major fight between and how did he handle it.

Alex and Mikee tied the knot in an intimate wedding ceremony at the former’s home in Taytay, Rizal last November 2020, after four years of being together.