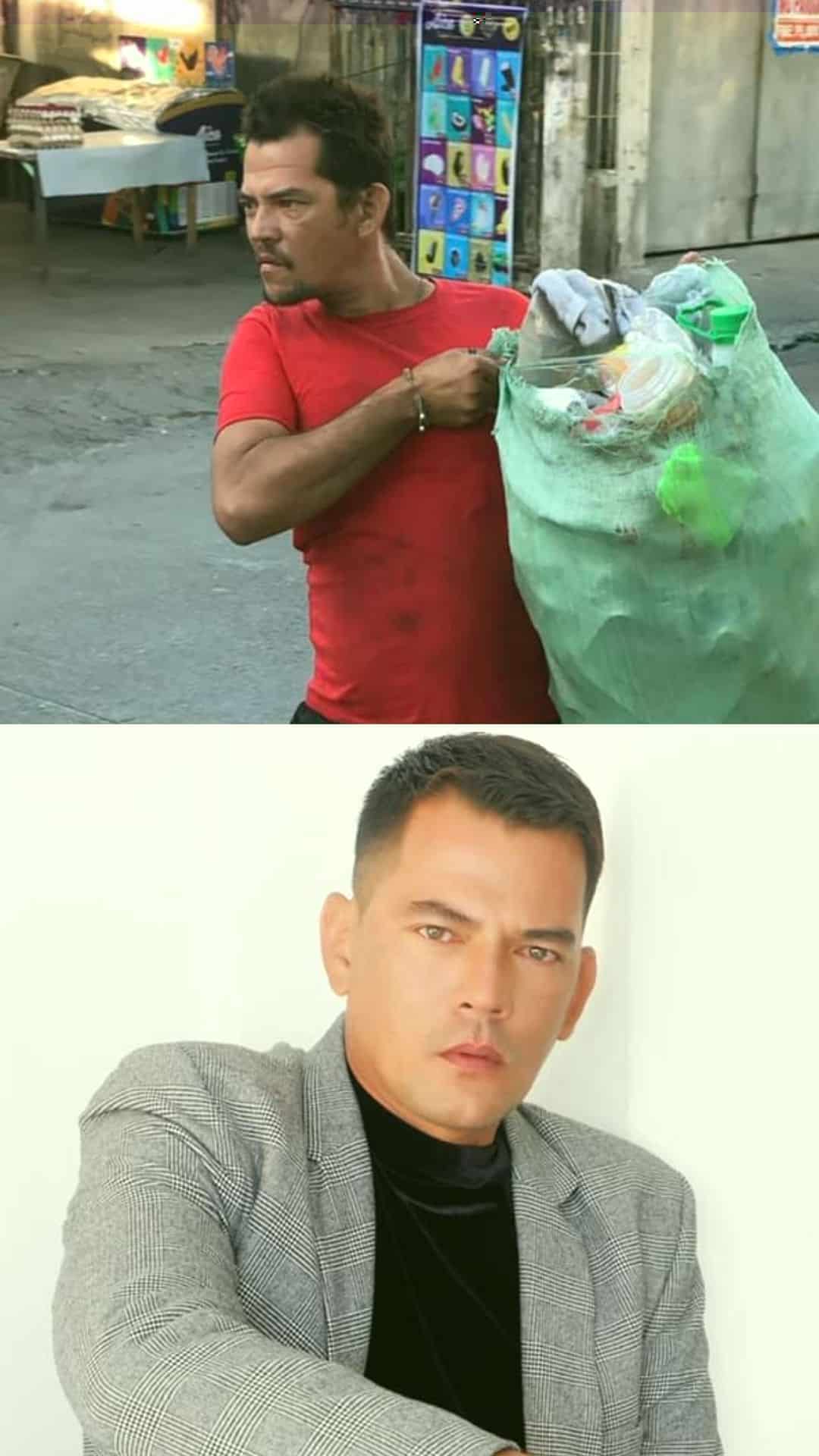 This homeless man could pass off as a movie star after he was given a makeover!

Richard Stranz, a hairstylist and makeup artist from Angeles City in Pampanga, treated a man named Dennis Pascual to a full makeover for free. He documented the process in a YouTube vlog released on Thursday, February 4.

According to Richard, he decided to talk to the man and ask him if he wanted a makeover after having seen him roaming the streets and passing by his salon several times before.

During their chat, he learned that Dennis was abandoned by his family when he was about seven years old and remained clueless about their whereabouts.

He sleeps on the streets and moves from one place to another to scavenge for a living.

After his incredible transformation, Dennis posed for the camera in a mini photoshoot and Richard couldn’t help but notice that he is model material.

He even has some resemblance to Hollywood actor Chris Pratt.

Asked how he felt about his new look, Dennis answered, “Maganda at komportable po.”

Aside from giving him a makeover and food, Richard also bought the junk items he collected for the day and gave him new clothes.