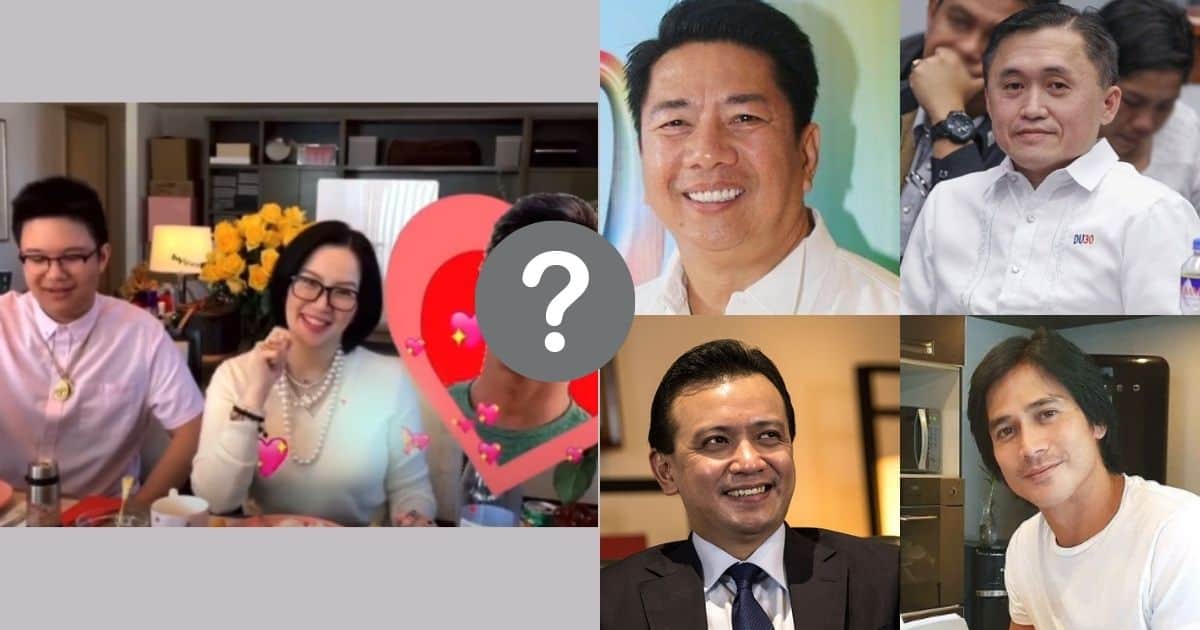 Kris Aquino recently revealed who among these celebrities, TV personalities and politicians she would likely date or be friends with in this “Jojowain or Totropahin” challenge.

In a recent video on her social media accounts, the “Queen of All Media” took on the popular game over a meal with her 13-year-old son Bimby.

But if she had to rank and choose only one from all the names mentioned, the 49-year-old actress-host said she would gladly stick with Piolo Pascual or Papa P, as he’s fondly called in showbiz.

“Jojowain without a doubt,” Kris said.

“Of course. He’s very noble,” said Bimby of the 44-year-old heartthrob actor, adding that he seemed to be “everyone’s choice”.

As she gamely continued to rank her “jojowain” choices, Kris noted that TV host Willie Revillame would come in second while Sen. Bong Go would take the third spot.

Kris replied, “At least di ba Bimb, I know he has his money, we have our own money… And then, I also know that with him you’ll know what you’re getting yourself into kasi di naman nambobola.

At the end of the video, Kris reminded her followers not to take her “Jojowain or Totropahin” answers seriously.