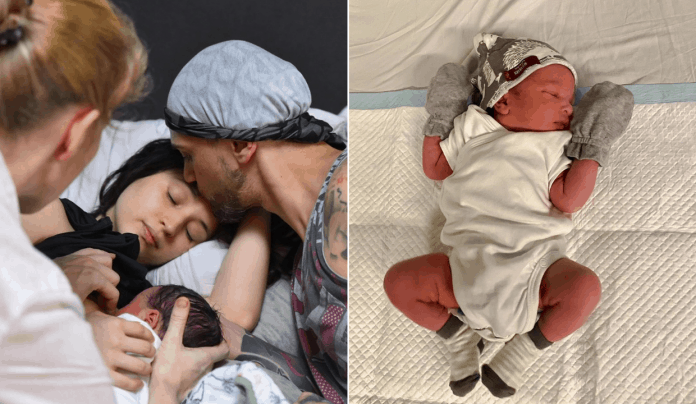 Coleen and Billy are officially parents!

Coleen Garcia, 27, shared on social media that she finally gave birth to her first child with Billy Crawford, 38.

The actress shared photos from when she gave birth to their baby boy Amari in their home.

“There’s so much I wanna say, but for now, I just want to praise God for being so so good. Thank you, Lord, for our beautiful Amari,” her caption read.

The actress appeared to have opted to deliver her first baby through water birth, which meant that the delivery of the baby took place in water.

In a recent Instagram post, Billy hinted on his wife’s due date when he penned a heartfelt message for her.

“Exciting next few days to come,” he wrote.

The happy couple announced that they were expecting their first baby early May.