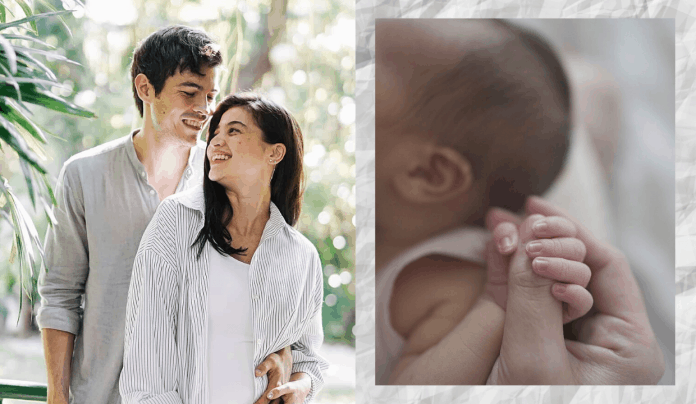 Anne gave birth to Dahlia on March 2 in Melbourne, Australia.

Their daughter was named after Anne’s character in 1997 fantasy film Magic Kingdom: Ang Alamat ng Damortis, Princess Dahlia. While “Amélie” seems to be a nod to Erwan’s french roots.

The 35-year-old TV host-actress wrote: “Never knew I could love someone so much… So much that it hurts in a good way… It’s an unexplainable kind of love. The kind I’ve never felt before. It’s so overwhelming and fills your heart to the brim with pure happiness. I will always be here to love, protect, guide, and hold her little hand every step of the way… even when that little hand isn’t so little anymore. Everyone, I would like to introduce our darling daughter, Dahlia Amélie Heussaff.”

For his part, Erwan praised Anne for being “impressive” throughout her pregnancy. “I will forever be in her debt,” he said.

“Our beautiful little daughter was born on March 2, 2020. I never knew that my heart could grow so quickly in just one day,” the 32-year-old vlogger-businessman wrote.

The happy couple announced they were expecting their firstborn last November 2019.