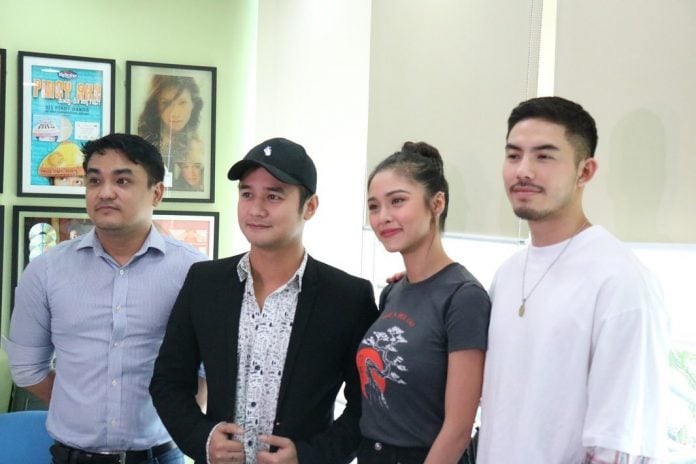 Kim Chiu, JM de Guzman and Tony Labrusca will be working with each other for the first time in a Star Cinema film.

The still untitled film project is said to be horror and planned for release during first quarter of 2020.

In photos shared by Star Cinema exec Mico Del Rosario, the stars can be seen with director Derick Cabrido, who also megged the horror film Clarita produced by Black Sheep, a subsidiary of Star Cinema.

Cabrido was named Best Director for his work in Clarita at the 10th Mirabile Dictu International Catholic Film Festival in the Vatican in Rome, Italy last November 30.

In a video shared by ABS-CBN, the stars said during a storycon that they are very excited to do the film.

The actress’ last film was in 2018, the Metro Manila Film Fest (MMFF) entry One Great Love.

Tony, on the other hand, starred in Ang Henerasyong Sumuko Sa Love last October. He is also part of this year’s MMFF via The Mall, The Merrier with Vice Ganda and Anne Curtis.