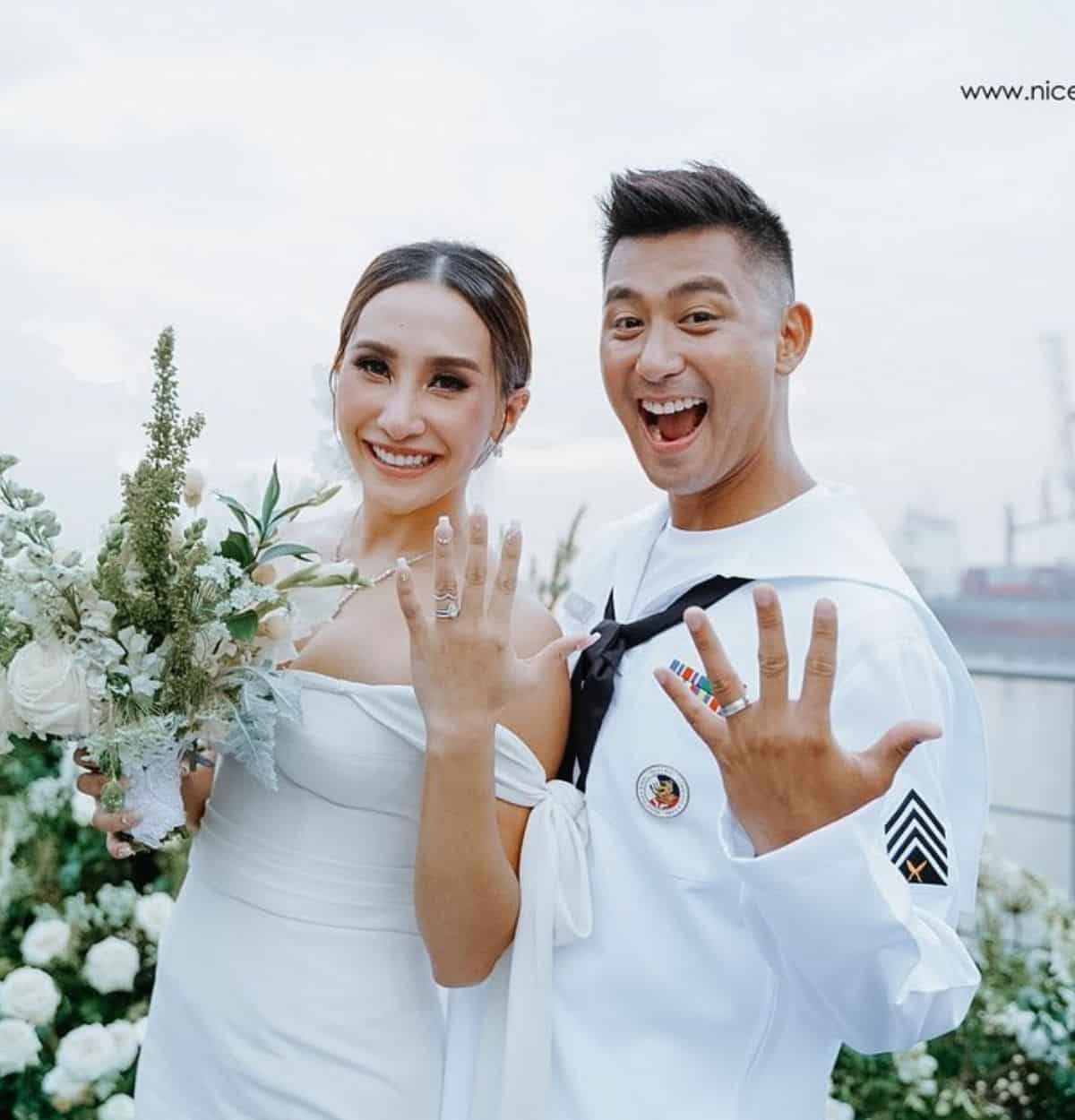 Rocco Nacino has finally tied the knot with his longtime girlfriend Melissa Gohing.

“Yes… we.. did,” he wrote and included what seemed to be the date when they tied the knot, January 21.

He then introduced the former De La Salle volleyball star as Mrs. Nacino with a photo of them showing their wedding bands.

Meanwhile, the newlyweds also had most of their guests attend the ceremony via conference video call.

It was on November 20, 2020 that Rocco announced his engagement with Melissa.

In an Instagram post, he said that asking for his girlfriend’s hand in marriage was definitely the highlight of his 2020.