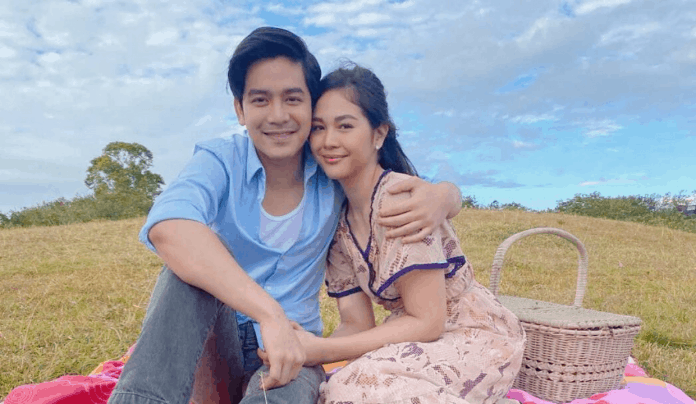 A fan actually made a thread of Joshua Garcia calling Janella Salvador his baby and we’re here for it!

Since filming for the drama-horror teleserye The Killer Bride, Maja Salvador has been playing matchmaker for her co-stars Joshua Garcia and Janella Salvador. Fans of the two eventually caught on what could be a brewing romance for JoshNella.

Joshua and Janella played Elias and Emma, two teenagers who watched an urban legend unfold right in front of them.

A fan of Janella, @kweenjanella on Twitter, made a thread of Joshua and Janella’s kilig moments from Geoff Eigenmann’s Instagram live last weekend.

In a video, while Janella was up on stage performing, Maja turned to Joshua to ask “That’s your Emma or your baby?”

After Maja’s persistent demands for Joshua to sing Orange and Lemons’ Hanggang Kailan (Umuwi Ka Na Baby) on stage, he finally gave in and even dedicated the song to his “baby.”

Of course, Maja topped off the cute moment with playful shade. “Ma-unfollow ako nito!” she said, perhaps referring to recent news of Joshua’s ex girlfriend Julia Barretto unfollowing him and Janella on Instagram.

Reports said Julia unfollowed the two after Joshua posted a photo of him with Janella. He captioned the photo: “I am lucky to have you a friend like you.”

Despite rumors suggesting a brewing romance between the two, a week after posting his photo with his on-screen partner, Joshua posted another photo with Janella. This time he kept his caption short and sweet: “Bawat daan.”