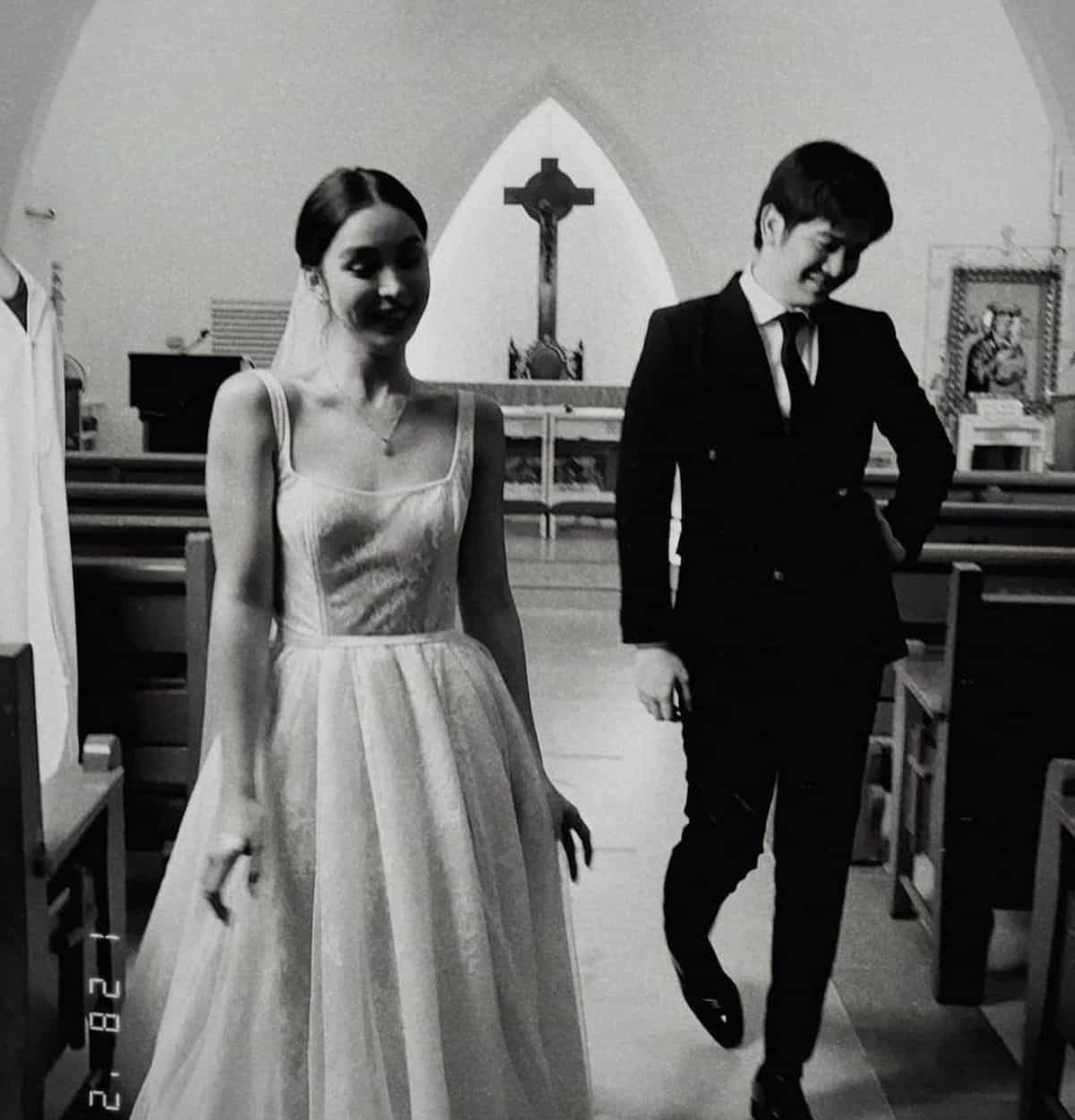 Moira Dela Torre’s song Paubaya quickly became the talk of the internet after the release of its music video on Valentine’s Day.

All the buzz was made possible by the reunion of former reel and real-life couple Julia Barretto and Joshua Garcia in the emotionally-charged video. The two also wrote the script along with Moira and her husband Jason Hernandez.

In the music video, the two played lovers who are about to tie the knot when Julia’s character runs out just after Joshua says, “Yes.”

Matters get even more emotional as they apologize for hurting each other and coming to the realization that maybe they just aren’t meant for each other.

The video also featured clips from moments when they were still together years ago.

In the music video, the two actors who broke up in 2019 exchanged “sorry’s” and “thank-you’s”.

JoshLia fans online couldn’t help but feel for their idols as they said that their lines felt true to life.

“Joshua and Julia proved that healing and acceptance take time. And I think this time, they are really ready to let go and let each other be happy with who they want to be with. Imagine tayo sobrang nasaktan para sa kanila, paano pa kaya sila?” a fan wrote on Twitter.

Another netizen said the former lovers are this generation’s Heart Evangelista and Jericho Rosales.

“They were just a tiny bit luckier kasi they got their closure a lil bit earlier than Heart and Echo. Ang sakit lang hehe,” she wrote.

While another fan sympathized with her idols’ characters as they let go of each other.

“This is the hardest part in a relationship. When you both realize that you’re holding each other back from people you two are destined for??? When you both tried but it’s not in God’s plan,” she said.

Others expressed how the “breakup” scene at the end of the video particularly hit them hard.

“JoshLia was one hell of a lovestory. It was like we were part of the breakup because they’ve shared too much with us, from the beginning to the end. You deserve to be happy,” one tweet read.

Several JoshLia fans concluded that the Paubaya MV was the “closure” they needed and deserved after the breakup of their idols.

In less than 24 hours since uploading the talked about video, it landed on Twitter Philippines’ top trending list, even becoming No. 1 at one point.

Moira released the heart-wrenching music video on Valentine’s Day, February 14. It now has over seven million views on YouTube, as of writing.