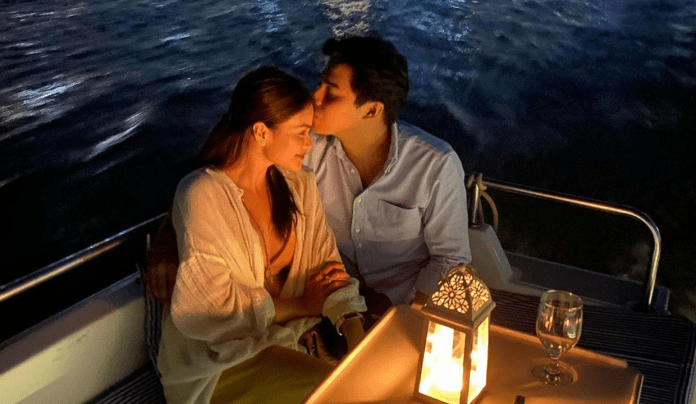 Mccoy De Leon surprised his fans after he posted a sweet photo with ex-girlfriend, Elisse Joson. The two Kapamilya stars’ friends and fans expressed their happiness over what seemed like their reconciliation.

On Sunday, the #Hashtags member shared a photo of him planting a kiss on Elisse’s forehead on his Instagram page.

“Always all ways,” he wrote as the caption.

The actor didn’t say, however, if this was a recent photo or not.

Their friends in the industry expressed their support for “McLisse”.

Mccoy’s post also sparked hope among fans of the love team, whose last film together was Sakaling Maging Tayo in 2019.

Mccoy and Elisse’s tandem was introduced in 2016, but didn’t last long following their falling-out in real life.

Elise Joson’s baby Felize knows how to make ‘pa-cute’ at...