Marjorie Barretto bares ‘real’ cause of tension at father’s wake 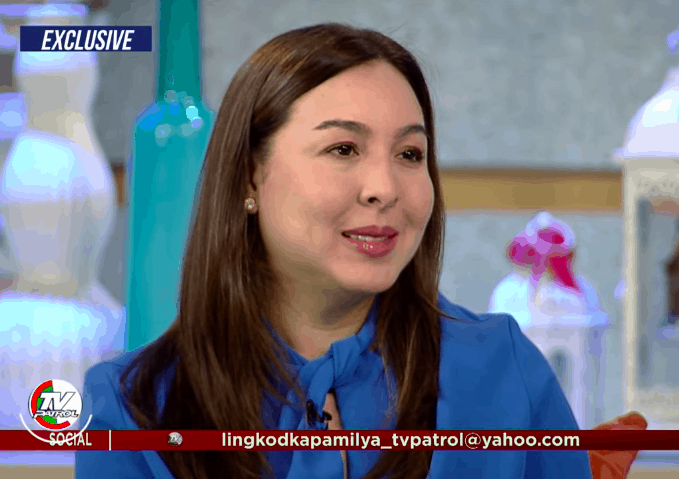 Marjorie Barretto revealed the “real” cause of tension at her father Miguel Barretto’s wake, which started this maelstrom of controversy involving her family.

In an exclusive interview with Karen Davila and aired over TV Patrol on Tuesday evening, she detailed her version of what happened on October 16. This was when she and sisters Gretchen Barretto and Claudine Barretto got into a scuffle and confrontation witnessed no less than by President Duterte, who was also at the Heritage Memorial Park in Taguig to pay his last respects to the family patriarch.

Previously, Marjorie released a statement on her Instagram post that partly read: “Don’t be fooled by the statements of my sisters, they are leaving out a very important detail of what really caused pain and tension in the wake” in response to an ABS-CBN report quoting Gretchen as saying that “Marjorie was not happy that I was there to reunite with family.”

Based on Marjorie’s interview, the tension and eventual heated confrontation stemmed from when Gretchen came to the wake with businessman Atong Ang who “used to be the boyfriend of our niece, Nicole, the daughter of our brother JJ.”

However, they took offense when Atong allegedly asked for Nicole and siblings to leave the wake before they would arrive to supposedly avoid trouble.

With that, she believes “everything was orchestrated.”

When Karen pointed out that Atong already spoke up on his association with the Barretto sisters, denied he had a relationship with Nicole and said that Gretchen and her long-time partner Tony Boy Cojuangco “are my partners sa negosyo,” Marjorie said that Atong was lying.

“Yes, naging boyfriend po siya ni Nicole,” she maintained and then blasted him for denying he had a romantic relationship with her niece.

In a statement sent to ABS-CBN last October 20, the controversial businessman said that Nicole and her mother only used to work for him.

But Marjorie insisted, “They had a five-year relationship when she wasn’t even, I think, 18,” adding, “Na-baboy na nga eh. Nasira na nga ang reputation ng bata. Tapos i-di-deny mong naging sekretarya mo lang? That, I have personal knowledge of.”

Asked to confirm who she was referring to in her Instagram post as her “sister’s boyfriend” whom she described as “powerful in a very bad way (and I don’t mean Tony Boy),” she readily named Atong.

“I have not been in good terms with Gretchen for almost five years this December. I have never seen them together as boyfriend and girlfriend. I just take it from… It’s common knowledge, alam ng maraming tao, nakikita sila kung saan-saan, magkahawak and all.

“But I know for a fact that it’s them because we were with our niece, every step of the way that she had to suffer the pain.

In an Instagram exchange with a netizen, Nicole earlier accused her aunt of “stealing” the businessman from her.

Gretchen quickly reposted this with a denial on her IG stories, saying that Nicole first “stole” him from her sister Claudine. The socialite and former actress had also said on her Instagram stories, “Dada is going to address this issue,” pertaining to Tony Boy Cojuangco.

She also said on her IG account that Atong was happily married.

How the confrontation started

During the interview, Marjorie released her account of how the confrontation unfolded. She recalled that the President arrived and “he had his moments with my mom and prayer for my father.”

She said, “And then one on cue ni Claudine, dumarating si Gretchen and Atong. But Atong stayed at the end, and Gretchen was there, apologizing to my mother, crying and all of that. We were on the side.”

She continued, “They were claiming na mainit na ang ulo ko. Hindi lang po ako, yung pamilya ko po, dahil na-offend kami really about Atong sending our nieces and nephews out of the wake of our father. That’s the tension, so yung sinasabi ni Gretchen that I’m not for reconciliation? Karen, nakalatay ang ama ko for 16 days in the hospital. 14 days sa ICU. Two days in the regular room.

The visit of Gretchen at the wake could have been the golden opportunity for the feuding sisters to reconcile. Initial reports described it as such, a happy reunion. Then came the news of family trouble.

“The moment was there to reconcile and no less than the president Duterte said na makipagbati ka na sa Ate mo,” noted Karen, to which Marjorie replied: “I have to make it clear na napaka humble and gentle ng Presidente ha. It wasn’t done in an arrogant way. He was holding both my elbows, napaka-lambing, looking straight into my eyes.”

Karen asked again why she didn’t seize that moment for reconciliation. “Because I could see her face. I could see the insincerity ni Gretchen. I know her the most,” Marjorie explained.

The tell-all of Marjorie is the latest update in the Barretto saga that has no end yet in sight.