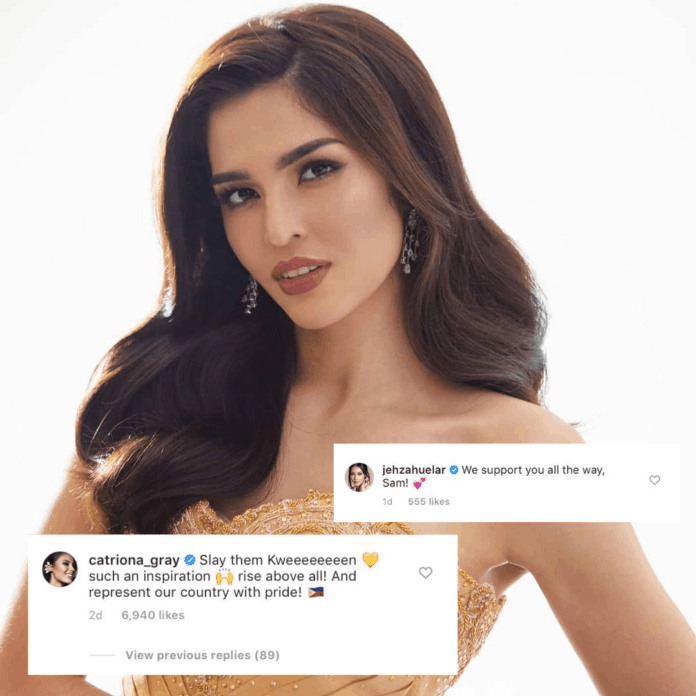 After the country’s bet to the Miss Grand International 2019 pageant Samantha Lo broke her silence regarding her passport issue, fellow beauty queens showered her with support.

“I chose to break my silence until I arrived in Valenzuela because I wanted to make sure I got here safely,” she said in an Instagram post last October 19 where she went on to disclose what had happened to her.

She added that her local organizer failed to equip her with the proper transit visa.

“Moreso, it wasn’t them who got me out of detention and put me safely on that plane to come back home. It was my family and other well-meaning Filipinos who did — and they are still not resting until this is over,” she said.

Samantha emphasized she will soldier on despite the struggle with fear and the “trauma of recent days.”

On the same post, Miss Universe 2018 Catriona Gray cheered her on.

“Slay them Kweeeeeeeen. Such an inspiration. Rise above all! And represent our country with pride!” she wrote.

The post and the comments came before Binibining Pilipinas Charities, Inc. (BPCI) issued a statement today, disputing Samantha’s claim that the organization did nothing to help resolve her passport problems.

BPCI is the local organizer of the search for the country’s bet to the Miss Grand International pageant.

The statement also said that her delayed arrival in Venezuela was due to her “fake” Philippine passport and not because of the transit visa.

Samantha also holds a US passport so the transit visa was not needed, it added.

Nevertheless, BPCI is “very glad to know that she is not only safe but was welcomed by the MGI organization.”