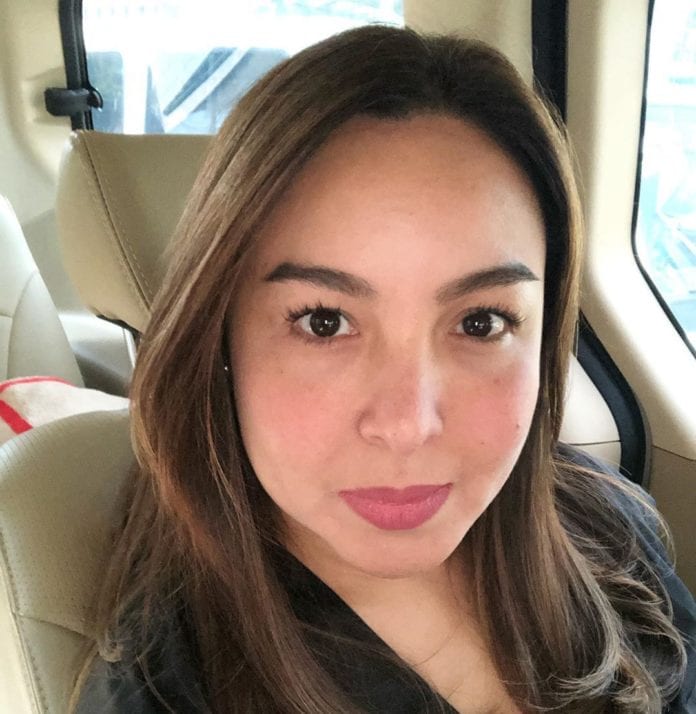 Marjorie Barretto has finally spoken up on the reported scuffle and confrontation that happened at the wake of their father, Miguel Barretto.

The Barretto family patriarch passed away last Tuesday, October 15, at the age of 82.

In an Instagram post today, Claudine and Gretchen’s sister disputed “very disturbing news going around right now” and called out her sisters for giving false statements to the press.

She didn’t name which sister but an ABS-CBN report quoted Gretchen as saying that “Marjorie was not happy that I was there to reunite with family,” referring to what happened when she visited the wake of her father last Wednesday night.

Another confrontation allegedly happened between Marjorie and Claudine Thursday night after the former “barred” Claudine from entering the Heritage Memorial Park in Taguig, where the wake is being held.

DZMM Teleradyo posted on its Twitter account that Claudine was confined in a hospital after the incident.

Claudine also shared a cryptic post on her Instagram early today, which said: "Are you proud of who you have become? I hope not."

Marjorie said, "All these years, I have kept my peace and I always chose to ignore all the LIES that my sisters spread about me and my children. But nothing can get lower than this. Giving false statements to the press, and twisting stories about what really happened in my Father’s wake is by far the most epic one. They have tried so hard over the years to destroy my name, I have nothing to lose anymore at this point. I love my family very much, they are my core. I am all for reconciliation."

She said they were hoping that for the 16 days that their father was confined and fighting for his life in the hospital, "it would have been nice if she made her peace in the quiet of my father's room. With no cameras," referring to Gretchen, who visited the wake last Wednesday around the same time President Duterte and other politicians were present to pay their last respects to the Barretto patriarch.

Marjorie added, "Don’t be fooled by the statements of my sisters, they are leaving out a very important detail of what really caused pain and tension in the wake."

She asked her followers to let the family be and give them space to grieve. She indicated that it's the last day of her father's wake.

Marjorie further asked the public to reserve their judgment, as she promised to tell all after their father is laid to rest.

"May I request everyone to allow our family to grieve, it’s our last day with our father today. Please hold your judgement and opinions until he is laid to rest, then WE WILL FOR THE FIRST TIME SPEAK THE WHOLE TRUTH AND NOTHING BUT THE TRUTH. I would like to ask for prayers too. Because when I speak the truth, my life and my children’s life will be put in danger. My sister's boyfriend is powerful in a very bad way (and I don’t mean Tony Boy) And in speaking the truth I won’t be able to leave his name out."

She finally thanked Pres. Duterte, who reportedly tried to make them reconcile during the wake, saying, "Dear President Duterte, thank you for being there for the family and sharing in our grief. My apologies that your name was dragged into this. You were so kind to me. I will always be grateful."