Maine Mendoza admits she had a crush on Carlo Aquino 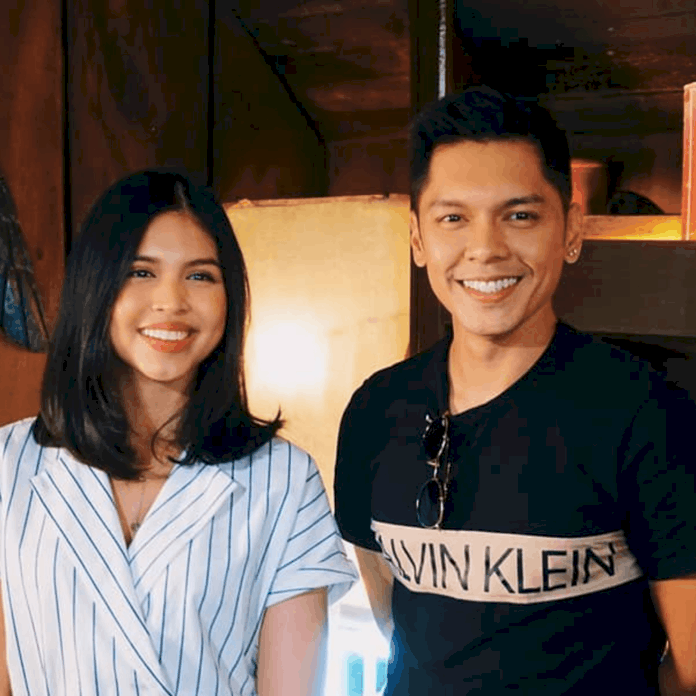 The “Isa Pa With Feelings” lead actors shared they first met during the premiere night of “Meet Me In St. Gallen” film which also starred Carlo and Kapamilya actress Bela Padilla.

Maine recounted how she asked the help of her friend, director Irene Villamor, so she could have a photo with Carlo.

The flattered actor then related that he watches Maine’s Dubsmash videos and finds her pretty.

Meanwhile, Maine mentioned that she got all excited when she first knew of the project with Carlo.

Carlo, on the other hand, revealed that at first, he couldn’t believe that he would be paired up with one of country’s biggest personalities.

The two shared that they went through a familiarity workshop to loosen up and comfortably act with each other.

Directed by Prime Cruz, “Isa Pa With Feelings” revolves around the story of two broken strangers who will cross each other’s path. Gali (Carlo), a deaf man, will be the sign language tutor of Mara (Maine). Eventually, they develop feelings for each other.

Co-produced by Black Sheep and APT Entertainment, the film will open in cinemas on October 16.