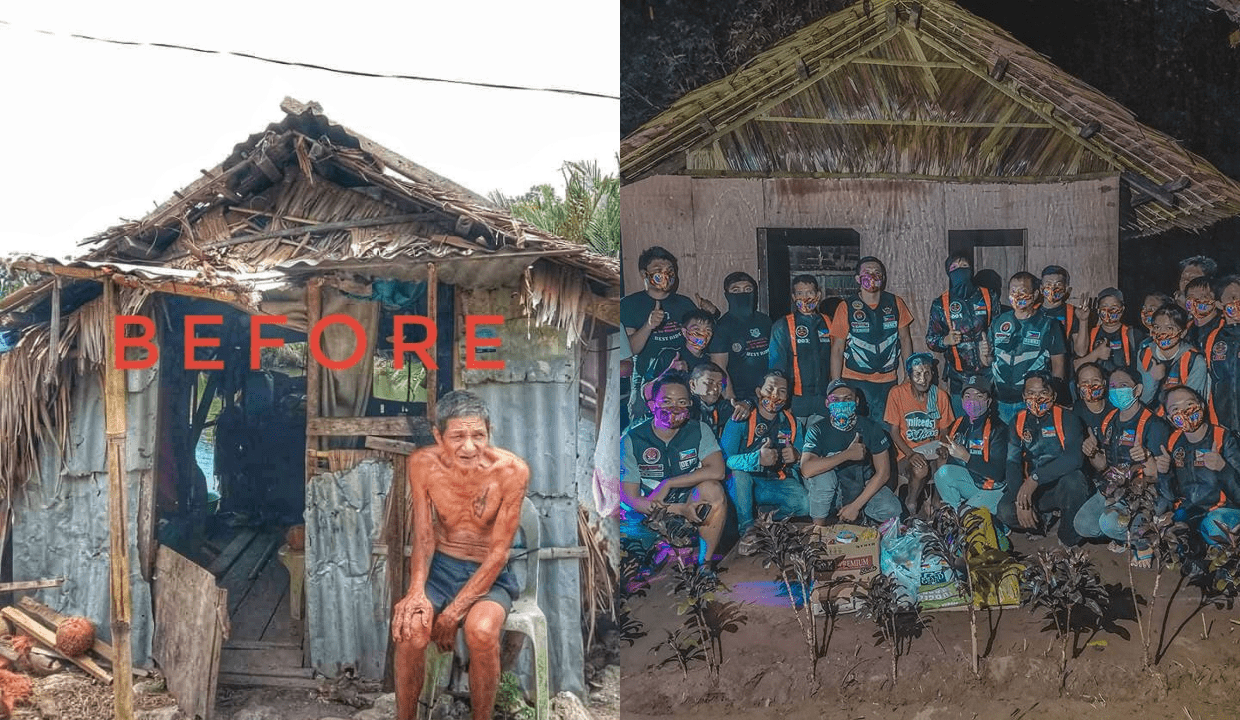 A group of riders from Northern Samar aspiring to “help people in need” rebuilt the run-down home of an old man living alone.

Rider Dennis Carolino on June 29 shared on Facebook the photos of the “Munting Pabahay” charity drive of two groups of riders, namely Sniper Club 150i and JHS riders club.

Carolino told Latestchika.com that the initiative came about after learning of Tatay Venerando’s situation and the poor condition of his house.

Tatay Venerando, who is now in his 80s, resides in Brgy. Dancalan in Bobon, Northern Samar where his shanty is situated beside the river, thus facing risks posed by a possible landslide.

Carolino, along with the other riders, worked hand in hand, braved the rain and managed to give Tatay Venerando his new, sturdier home in a span of eight hours.

Aside from the new home, the good-hearted riders also gave Tatay Venerando relief items such as rice, eggs noodles, canned goods, among others.

The group took photos with Tatay and his new home after, and prayed for the success of their charity work.

This wasn’t the first time that these riders have extended help to those in need. Last June 20, they also helped rebuild an elder woman’s home made of only sacks and mats.

“The day ends and we are exhausted, but helping the people you don’t know and seeing them happy is the greatest happiness in the world,” he wrote in a Facebook post.