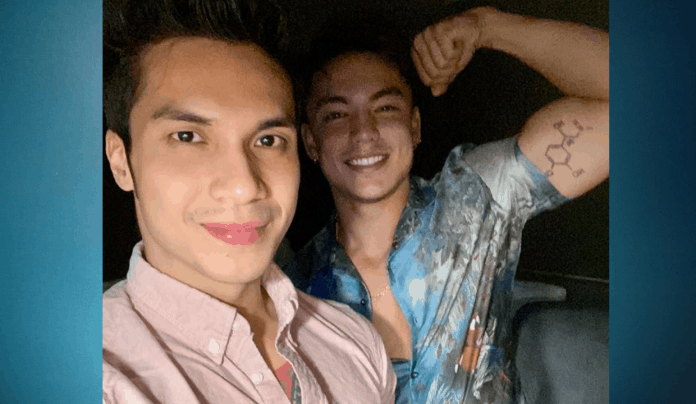 It appears that actor-host Alex Diaz and fitness coach Miguel Lagman Chanco have already ironed things out and are now “gym buddies” after the controversial “indecent proposal” issue.

On Wednesday, Chanco posted a photo of his meet-up with the Filipino-Scottish actor, which was initially captioned: “With my new gym buddy @alexandermcdizz.”

“There’s no need to be perfect to inspire others. Let people get inspired by how you deal with your imperfections,” he added.

He then changed the caption to “Glad we were able to talk through the issue. All is well,” which can be seen in the view edit history feature of Facebook.

In October 2019, the two caused a stir online after Chanco posted screenshots of Diaz’s alleged indecent proposal via direct message on Instagram.

Diaz then apologized for his mistake and appealed to Chanco to delete the post.

Some netizens aired their dismay at Chanco for publicly outing Diaz.

Less than a week after the incident, Diaz came out as a bisexual via an emotional Instagram post.

Part of his lengthy post read: “Never again will I be shackled by the fear of what might be said about who I am for fear of losing my career and instead, I will seek help, heal and champion change, acceptance and representation for the bisexual community and/or anyone who is met with prejudice in our society.”

After coming out, Diaz left the country to find time to reassess himself.

He is set to make his international debut in Hollywood action-thriller film Counterplay with Avatar actor Sam Worthington.