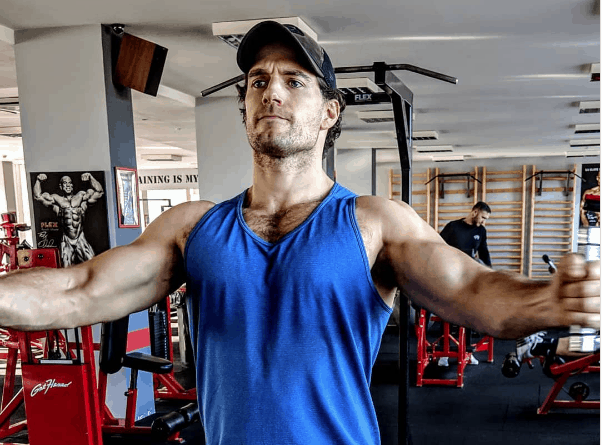 ‘No stunt doubles’: How did Henry Cavill train to become The Witcher?

Henry Cavill is definitely not a newcomer in the fitness world. Since he has played the role of Superman, the Man of Steel, his body really does look like he’s made of steel.

This time around, he is no longer playing the role of a superhero. He is now Geralt of Rivia in Netflix’s original series, The Witcher. The fantasy series features a mutated monster-hunter for hire in a world where humans prove they are much worse than beasts.

At the The Witcher’s press conference at Conrad Manila last December 12, the British actor was proud for filming the series without the help of a stunt double.

With Geralt’s unique fighting style that highlights pirouettes and explosive movement, Henry said the trickiest part in training for the role is finding the time to fit the training in.

“The trickiest thing about the training for any role is finding the time to fit the training in but for this one in particular because of the athleticism of Geralt’s fighting style, a lot of pirouettes, a lot of explosive movement and a lot of uneven ground,” he said.

Henry noted the importance of keeping himself protected, especially when his fight scenes are not on a gym anymore, but at different locations.

“You’re not fighting on a gym, you’re fighting on a slope with cobbles and it’s a dusty floor as well or it’s raining. Whatever the case may be, and so you have to make sure that everything is protected and you build up the right muscle groups which can protect things,” he said.

He added that him and his trainer, Dave Rienzi, focus on the right muscle groups like knee joints, hips, elbows and shoulders to make sure his body can endure the physical demands of his character.

“Aside from the aesthetic, we had to make sure that my body could keep up with the schedule and fights,” he said.

According to Men’s Health, Henry’s Witcher routine begins early in the morning with faster cardio. If he’s able to fit a workout in his schedule, he’ll proceed with hitting the weights.

He was quick to remind those who aspire to have his Man of Steel body that everyone’s body is different.

“The most important thing to remember is that you are you,” he said.

The Witcher is coming to the streaming platform Netflix on December 20.