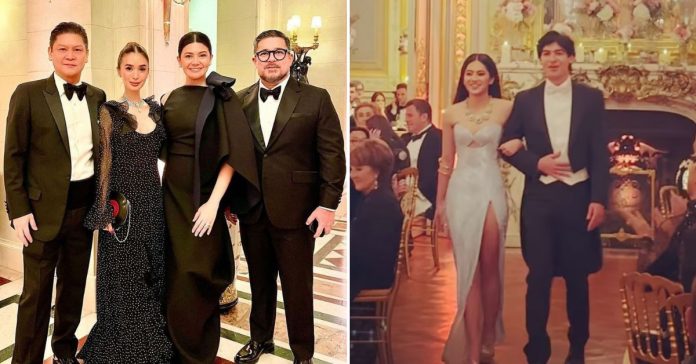 Heart Evangelista took pride in Atasha Muhlach, daughter of Charlene Gonzalez and Aga Muchlach, for representing the Philippines at the Le Bal des Débutantes in Paris.

On Instagram, the Filipina style icon shared snaps from her attendance at the prestigious event.

One showed her posing for a photo with Charlene and Aga and Tatler Philippines editor Anton San Diego at Shangri-La Paris hotel.

“Pinoy pride at the Le Bal des Debutantes 2022,” wrote Heart as the caption.

“So proud of this young woman for representing the country tonight,” she added, tagging Atasha and congratulating “proud parents” Charlene and Aga.

As seen in clips posted by San Diego, Atasha was escorted by her twin brother Andres at the charity ball.

Atasha, who donned a gown by British designer Sabina Bilenko, was among the 17 debutantes from around the world chosen to attend the ball by Ophélie Renouard.

It was last September when Atasha announced her participation at the ball, saying she’s happy and grateful for the opportunity.