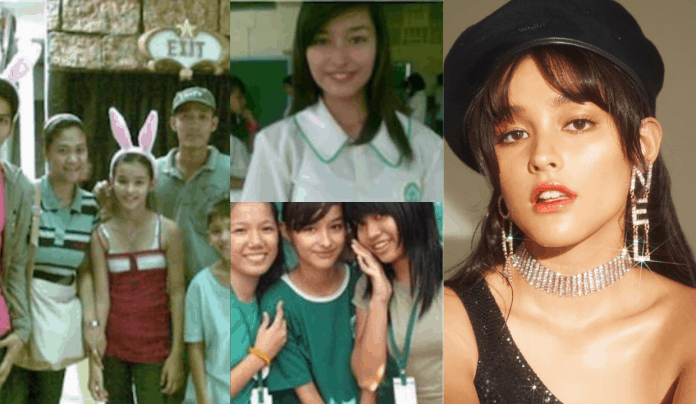 Ringing in the new year will always give everyone a sentimental feeling. Kapamilya actress Liza Soberano looked back on the past decade and shared her throwback photos from the years 2009 to 2019.

“Since almost everybody has done it, I thought it would be cute to share some pictures of mine from the last decade,” she wrote in her Instagram stories.

For the year 2009, 11-year-old Liza had yet to show up on our television screens. Like any girl her age, she was surrounded by her loved ones.

For 2010, she shared her photos with friends from her high school.

A shy Liza can be seen for the year 2011. She stood behind her classmates with a timid smile.

In 2012, Liza had her big break and was scouted by her now manager Ogie Diaz. Her first appearance that launched her career was in fantasy anthology series, Wansapanataym.

The year 2013 showed how her career skyrocketed. This was also the first time she was paired with Enrique Gil, her current boyfriend.

In 2014, while juggling her responsibilities as a high school student, she was still on the road towards fame.

2015 was an Enrique-filled year for the actress. Their love team began to thrive as they release their first film together, Just The Way You Are.

The year 2017 was still jam-packed with appearances, seryes and movies for the actress. Her film My Ex and Whys with Enrique won her the Guillermo Mendoza Memorial Scholarship Box Office Entertainment Award for Box Office Queen.

Not much has changed in 2018, Liza was still on the upward slope of her fame.