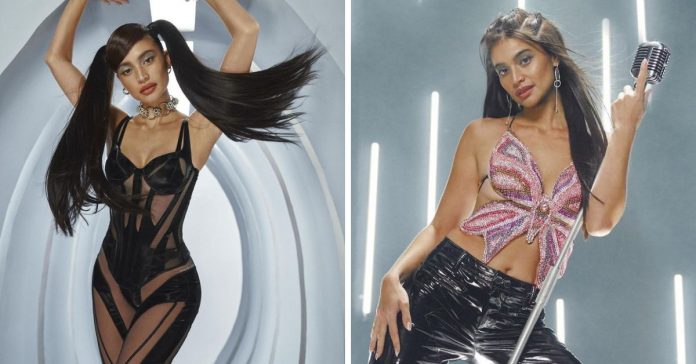 Anne Curtis definitely knows the best ways to hype up her fans for her upcoming concert.

The actress-host treated her fans to her fierce and daring snaps just days before her onsite comeback concert, Luv-Anne! The Comeback.

Anne looked like a real-life Bratz doll as she donned a bodysuit from French luxury brand Mugler for one of her photos.

“Category is….. Bratz Eleganza Extravaganza,” she wrote in the caption.

Another set of snaps took her fans on a trip down memory lane as she sported a ’90s-inspired hairstyle.

On another social media post, she featured her in-ear monitors with a dahlia printed on one piece as a small memento for her daughter, Dahlia Amelie.

Anne is set to take on the stage at the Newport Performing Arts Theater in Resorts World Manila this Friday, June 11.