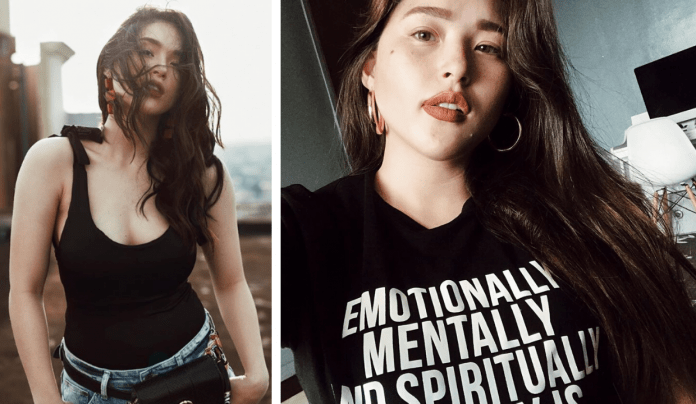 ‘My worth surpasses what my weight is’: Kylie Padilla on her post-pregnancy body

Kapuso star Kylie Padilla took to Instagram to share how she feels about her post-pregnancy body. The actress admitted that people have been calling her out for her weight gain.

“Trying to fight the voices in my head nagging at me telling me it’s time to lose weight,” she wrote in an Instagram story.

She added that women were raised to be hard on themselves in order to fit the standards of beauty.

“As women, we were raised to be hard on ourselves. And to fit certain ideas of beauty that have stained our self-esteem,” she explained.

“As someone who just gave birth, I feel it is my responsibility to fight these unhealthy thoughts. Even when people tell me upfront ‘ang taba mo’ and they have no right to,” Kylie admitted.

The 26-year-old actress said she would like to believe her worth is much more than her weight.