LOOK: Steveee Dailisan now a co-pilot for this commercial airline 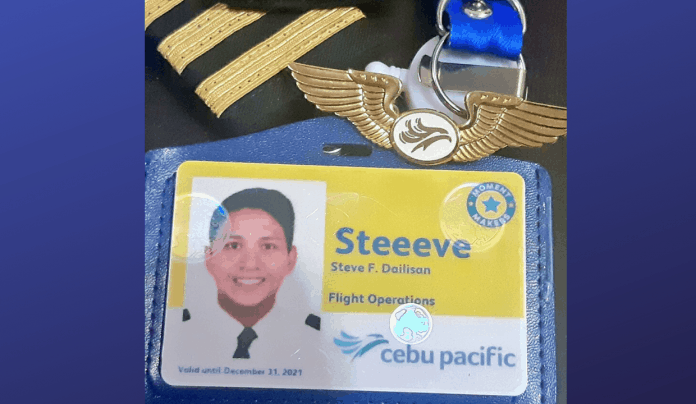 On Tuesday, he shared his career milestone by showing his company ID that bears his name with the long “eee-s”.

The ex-journalist used to utter “Steeeeeve Dailisan” as his extro in his news reports, and that made quite a mark among the televiewers.

In 2018, Steve left the broadcast industry to pursue his childhood dream to become a pilot.

#Paraconsistent, as what the former Kapuso reporter said, he can still be called as “First Officer Steeeeeeve Dailisan”.

“This is your First Officer Steeeeeeve Dailisan, together, let’s make moments golden! Flying with you!” he tweeted along with the hashtags #paraconsistent #SteeeveIsJuanwithYou #momentmaker #makeithappen.

In a lengthy post on Facebook, he shared how he got through all the challenges he faced for the path he chose to take, as well as the hard lessons he learned along the way.

“I have realized now more than ever that the entire experience will really teach you the value of hardwork, focus and determination. It will test your fullest limits to survive. This is how you MAKE MOMENTS GOLDEN. This is how you make every opportunity count,” he wrote.

He also left an inspiring message to those who keep on doubting their capabilities: “BELIEVE that you are LIMITLESS. Believe that GOD is GREAT and with HIM all things are possible.”