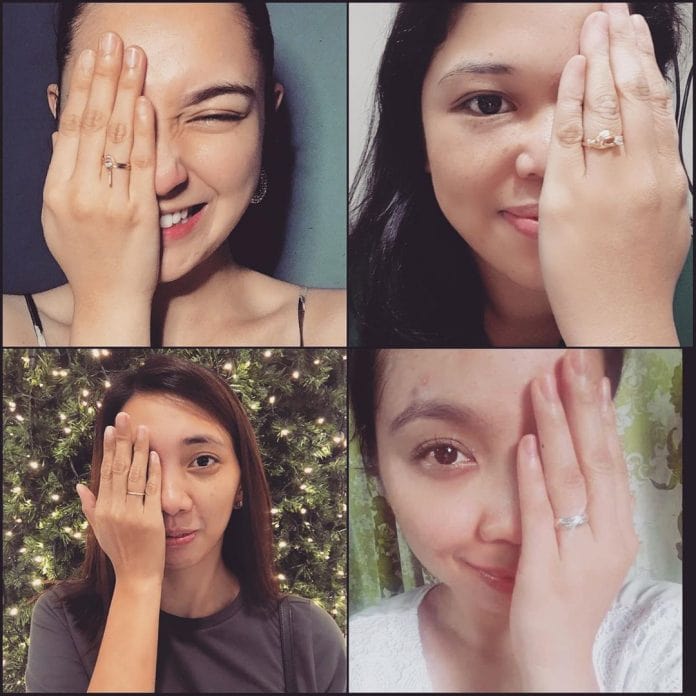 After taking to Instagram to reveal her new relationship status, fans of Ryza Cenon followed in her footsteps in becoming “self-partnered”.

“I said YES! To give my full commitment to love myself before I give my heart to a person. And when the right one comes, I’ll transfer this ring to my other hand and accept the right one to the perfect hand. I’m engaged with myself,” she wrote in a post published Friday.

The actress took after British actress Emma Watson who said in an interview that she would rather call herself “self-partnered” instead of single.

“I never believed the whole ‘I’m happy single’ spiel. I was like, ‘This is totally spiel.’ It took me a long time but I’m very happy being single,” the Harry Potter star said.

Ryza’s fans followed her footsteps and began to tag the star in their selfies, showing off their ‘engagement rings’.