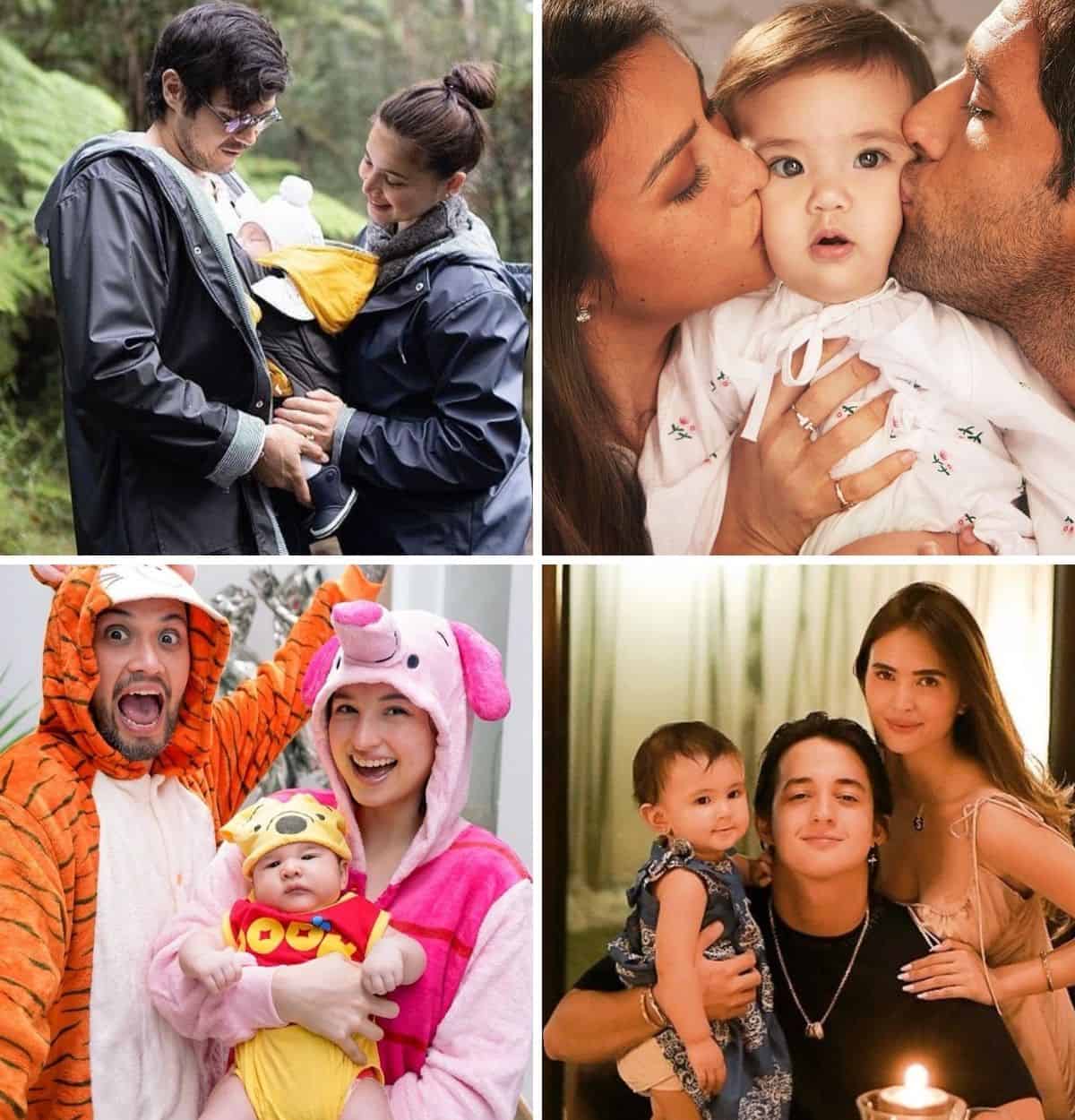 Here are all the cute celebrity babies we met this year!

This year might have been a tough one but we were still blessed with celebrity babies that all put a smile on our face!

The happy parents welcomed 2020 with the arrival of their beautiful baby girl. Since the birth of baby Thylane, Solenn and Nico now share relatable parenting posts instead of their usual couple goals posts.

Dahlia Amelie is Anne Curtis and Erwan Heussaff’s bundle of joy, their first child. The couple welcomed their baby girl in early March.

Since her birth, they have been taking to social media to commemorate the first few months of baby Dahlia’s life with an artsy photoshoot the couple organized all by themselves.

Baby Zoe was a surprise to us all! Actress Sofia Andres revealed that is already a mother to her beautiful baby girl with racer-boyfriend Daniel Miranda in June.

The 22-year-old was on leave from show business and had never explained her absence. Last Father’s Day, she finally addressed the rumors with a sweet family photo.

Billy Crawford and Coleen Garcia’s baby boy Amari was born just last September 10. The happy couple’s first child was delivered in the safety of their home through water birth.

“So in love with our little sunshine! Amari, you are the biggest blessing ever. I thank God for you an your Daddy every day,” she wrote.

Carlo Aquino surprised everyone when he took to Instagram to reveal that he is now a father to his first child with his girlfriend Trina Candaza.

The actor shared the first glimpse of their baby girl in September.

In a YouTube vlog, the mommy of three admitted she did not expect their child to be a girl.

“Oh my gosh. I can’t believe it. I was so sure. As in, wala akong hinandang pang babae at all,” she said.

After “almost 20 years” of waiting for a baby, Assunta finally announced last May that she’s expecting her first child — nicknamed Fiore — with her husband Jules Ledesma.

“Only medical intervention or a miracle can make it happen. This was a miracle,” she said.

Baby girl Martina is Sheena Halili and her lawyer husband’s first child. They welcomed their daughter just this December 12.

In an Instagram post, the father of three shared how he wasn’t able to meet his daughter immediately after she was born. The actor was locked-in shooting for ABS-CBN’s Ang Probinsyano.

Lara Quigaman and Marco Alcaraz is staying true to their word that their family will soon be a basketball team. They met their third child baby Moses on September 17.

Early in July, the Kapamilya actress announced that she and cinematographer fiancé Miguel Antonio Cruz are expecting their first child, calling it a new journey and an answered prayer.