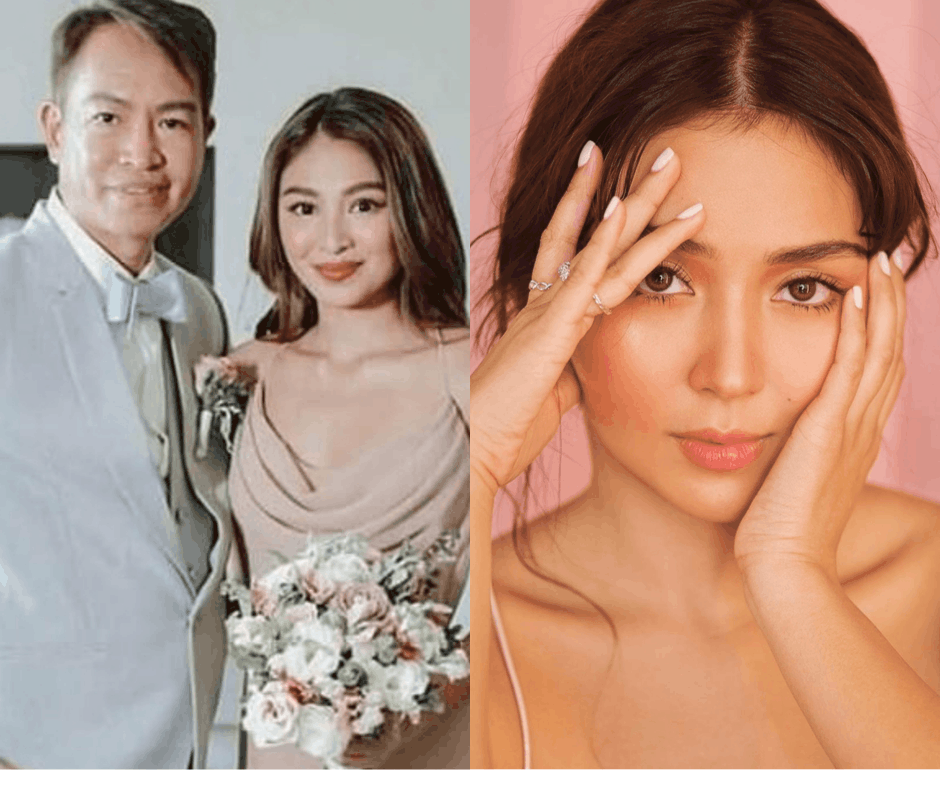 Nadine’s father said he was entitled rant once in a while since “Facebook says, ‘What’s on your mind?’”

The post reads: “I’m Flop and you’re High Gross, what are you afraid of. You feel so threatened, you’re desperate to break US apart.”

“I hope someday you get what you deserve. What comes around, goes around,” he added.

The cryptic post had since received flak from fans of Kathryn Bernardo, claiming that Nadine’s father was pertaining to the “high gross” of their idol, who recently starred in Hello, Love, Goodbye, Star Cinema’s biggest blockbuster to date.

“To all the bashers and haters, thank you for visiting my page and reading my posts. I don’t even read hate comments. At the end of the day, you became affected I’m not. Kudos,” said Ulysses.

He also thanked them for visiting his account and making him famous “for having 113 comments and 7 shares in just 3 hrs.” That was the first time it happened, he shared.

Fed up by the situation, he finally explained Friday that his posts do not pertain to anybody in particular.

“The word ‘I’ means ME as the writer, ‘US’ means the THE TWO OF US and ‘YOU’ is not a particular person. In english ‘YOU’ is also used to pertain to a GROUP of people,” he said.

He also said that “the words ‘FLOP’ and ‘HIGH GROSS’ (pertain) to two things in opposite, which I chose to use simply because I’m pertaining to the entertainment biz.”

“And lastly as a father, being an idealist, I’m bothered when people throws rocks to someone who spreads happiness, healing and compassion,” he added.

The proud father said that Nadine has nothing to prove anything to them anymore.

Ulysses also aimed at the “bashers and haters” that “there is no competition, it’s all in your heads.”

Moreover, he thanked Nadine and James’ fans: “Thank you for supporting and loving them thru thick and thin. To the extent of quarrelling for them. (Pls. refrain from doing so, as much as you can). Hats off to you.”

Nadine’s father likewise warned those who left foul comments on his posts.

“…To all the people who trespassed in my domain, leaving foul languages and vexations, your bullying days are over.”

He mentioned hiring a team of IT people and lawyers to gather evidence to “flush you out,” citing how cybercrime law works.

“I hope (this) ends a chapter of hate and misunderstanding. Let’s all work together for a better social media,” he ended.

Prior to his “rant,” Ulysses had already been posting a series of cryptic posts leaving netizens curious on what’s behind those sentiments.