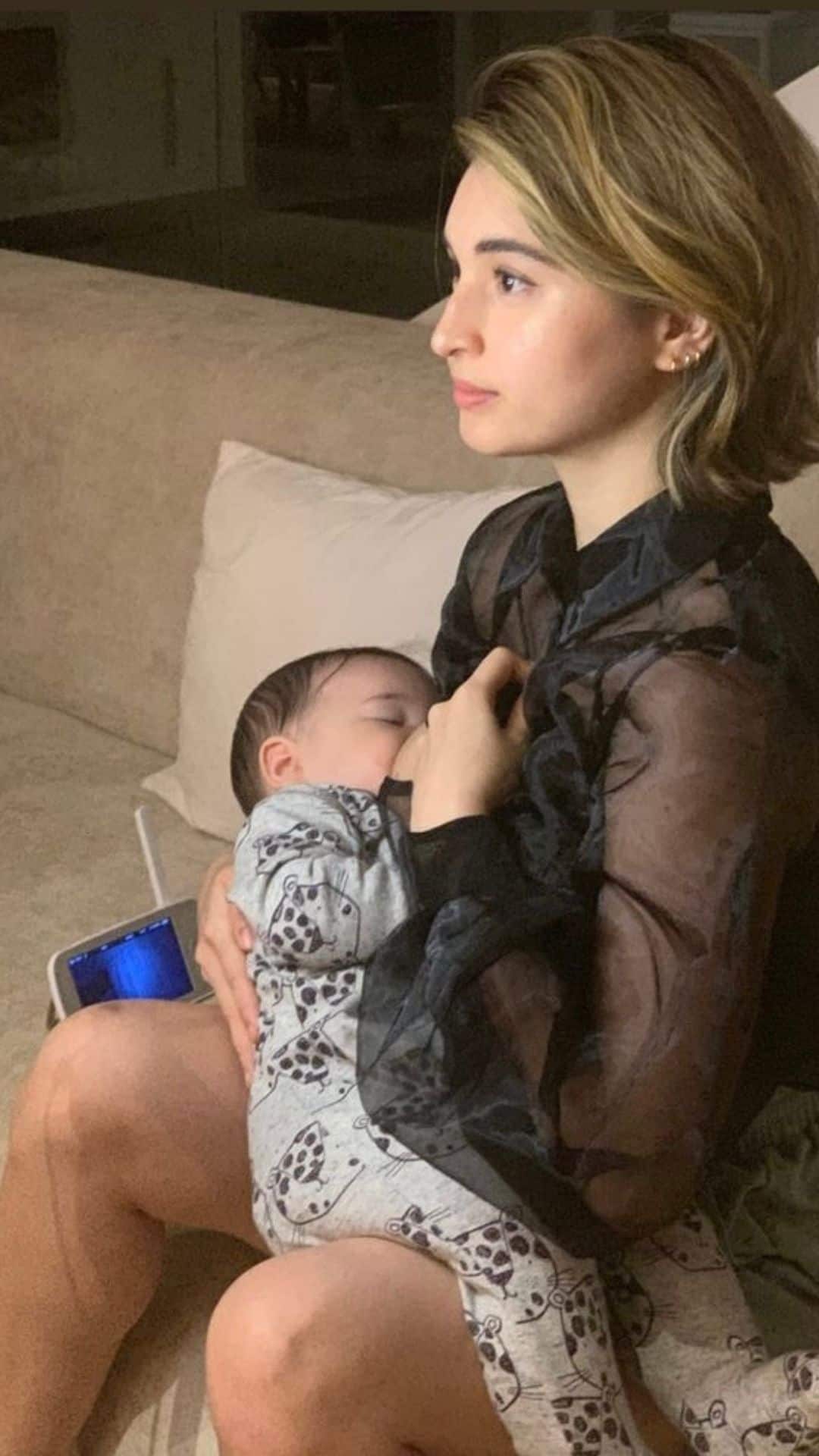 Coleen Garcia is proof that a mom’s work is never done!

On the actress’ Instagram stories, she showed how it’s like to be a parent working from home.

The mom of one attended the virtual edition of The Eddys, an annual award-giving ceremony organized by the Society of Philippines Entertainment Editors (SPEEd).

Coleen was nominated in the Best Actress category for her role in the 2020 film Mia. The other nominees were Bela Padilla (On Vodka, Beers and Regrets), Cristine Reyes (UnTrue), Sylvia Sanchez (Coming Home) and Charlie Dizon (Fan Girl), who went on to win the acting honor.

But just in time for Coleen’s closeup during the online event that streamed on the FDCP Channel, mommy duties called as her baby boy Amari had to be breastfed.

In the photo, she made sure her face was calm and cool while breastfeeding.

“Look who decided to join just in time for our closeup. Thank God all you can see is my face,” she wrote.

The 28-year-old gave birth to her and husband Billy Crawford’s first child in September via water birth.

WATCH: Coleen Garcia and Billy Crawford’s son Amari is the...