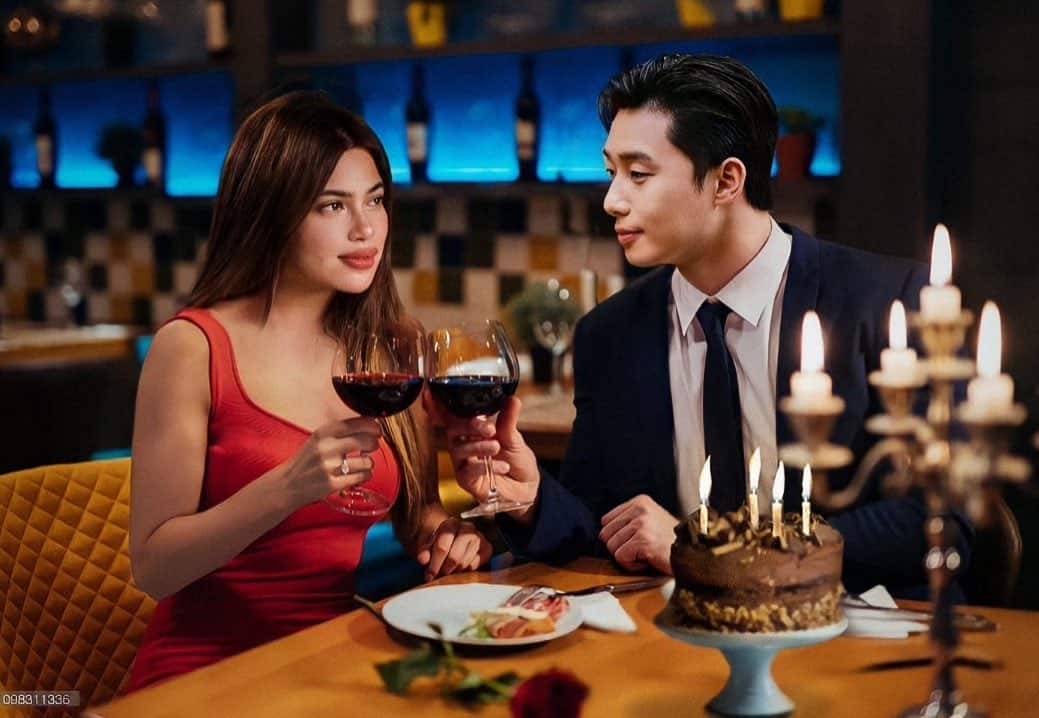 Denise Laurel was an all-out fangirl of her “favorite oppa” Park Seo Joon on his birthday.

The South Korean superstar, who is known to fans as PSJ, turned 32 years old on Wednesday.

On Instagram, the 33-year-old actress posted an edited “birthday dinner” photo of herself with the popular K-drama actor.

The photoshopped image was created by a fan of Denise who consistently makes edited photos of the actress with PSJ.

Denise also sent her well-wishes to the Itaewon Class star through a video greeting where she sang Happy Birthday in the Korean language and held out a cake in the actor’s favorite color.

“It’s not like he’s ever gonna see this… lol but a fan gurl’s gotta do what a fangurl’s gotta duuu! So I’m sending all my light and best bestest wishes out into the universe, directed towards South Korea, hoping it reaches my fave Oppa @bn_sj2013‘s aura on his special day!! Happy Birthday!!!!!

Denise has been sharing hilarious edited images, even videos of her with PSJ, most of which would make you take a second look because they seemed real.

Kyline Alcantara looks back on her Annaliza days after reunion...

Denise Laurel recalls being bullied for her lips

Park Seo Joon on having Pinoy fans: ‘It still doesn’t...