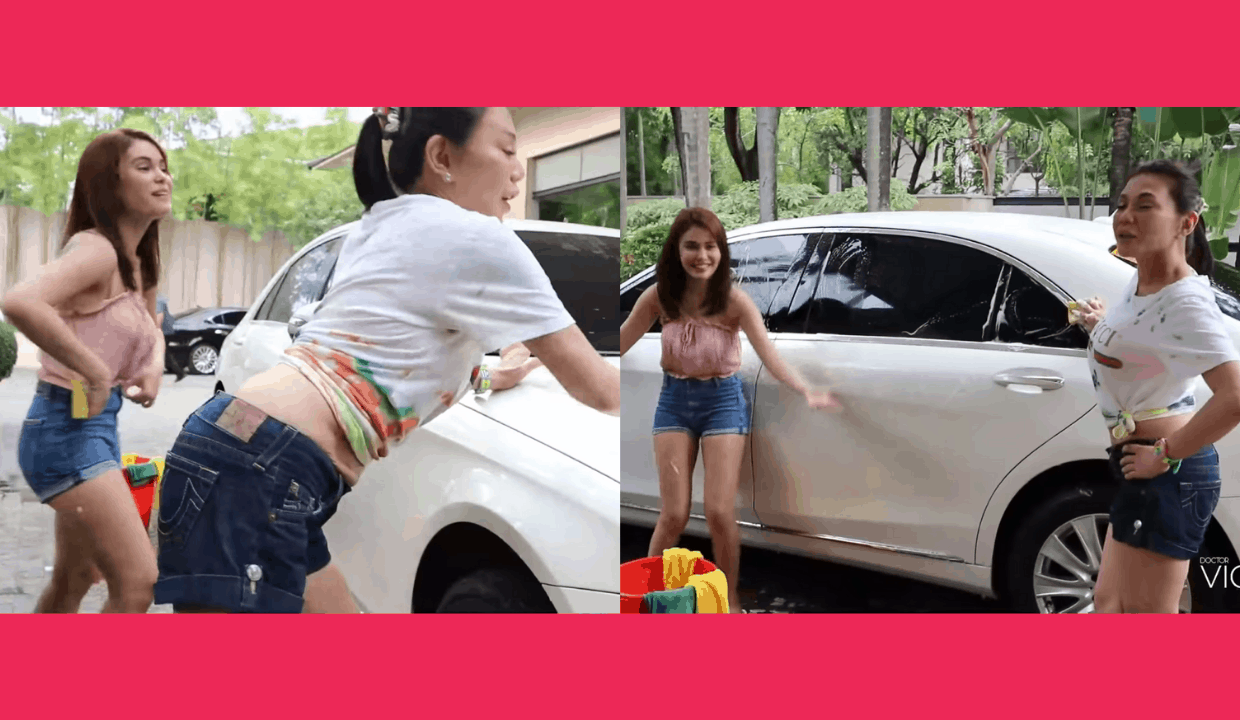 The celebrity doctor invited Ivana over to her house for some “girl bonding” and recreated the sexy actress’ viral car wash challenge.

During their conversation, Vicki got to ask Ivana if she knew the reason why netizens enjoyed her car wash and laundry vlogs.

“I’m wondering why people love to watch your carwash videos, your ‘laba’ videos and it’s the girls who love to watch it. Do you understand kung bakit ganun?” asked Belo.

Ivana’s car wash vlog, which was uploaded last March, has over 9.5 million views up to date, while her A Day In My Life vlog which featured her doing household chores such as washing clothes, has been viewed over 24 million times.

In the 17-minute vlog, Ivana showed Vicky step by step how to clean her car the “sexy” way.

They were later joined by Scarlet Snow, Vicki’s five-year-old daughter, in the vlog.

The Car Wash Challenge with Iva is just the first in a series of videos featuring celebrity clients for the beauty doctor’s revamped YouTube channel.