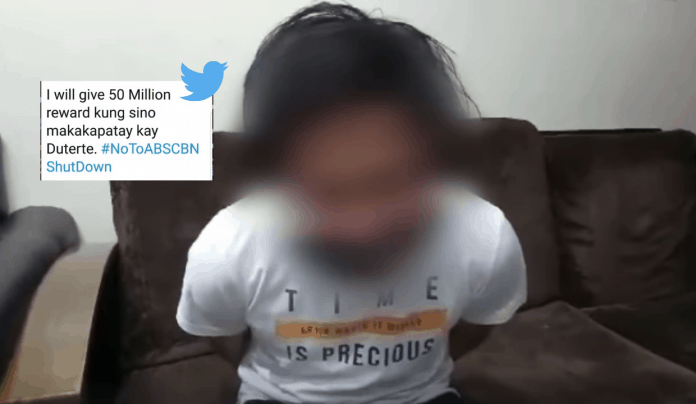 A public school teacher was arrested after posting a tweet offering a P50 million reward to anyone who could kill President Duterte.

The National Bureau of Investigation on Tuesday nabbed the 25-year-old social media user who was later identified as Ronnel Mas.

In an ABS-CBN report, Mas apologized to the president and said that he only did it to get attention.

Mas was brought to the NBI central office for the inquest proceedings and will face inciting to sedition in relation to cybercrime and violation of ethical standards for public officials.

In a video shared by STAR, the suspect expressed regret for his actions and emotionally left a reminder to social media users.

Ai-Ai delas Alas gets apology from teacher who called her...