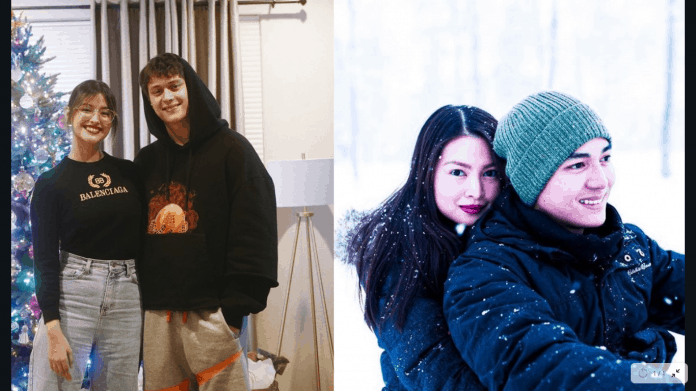 Holidays become extra special when you spend them with your loved ones. Check out theses stars who celebrated Christmas with their special someone.

Kathryn Bernardo spent time with her beau Daniel Padilla on Christmas eve. The lovebirds went out for an impromptu date in Intramuros, Manila at night.

Liza Soberano and Enrique Gil were together again for Christmas. The couple celebrated the holiday season with the Soberanos at Liza’s new home in the United States.

The lovebirds haven’t posted photos of themselves together on their feeds yet. But in an Instagram story, Nadine Lustre shared a video of James Reid goofing around while having Christmas dinner.

It’s Andrea and Derek’s first Christmas together, joined by their respective families. The two announced the real score of their relationship in September.

Barbie and Jak celebrated the holiday season with their families and a bunch of fur babies. The young couple also finally had their exchange of gifts.