IN PHOTOS: Korina Sanchez looks back on love story with Mar Roxas for anniversary 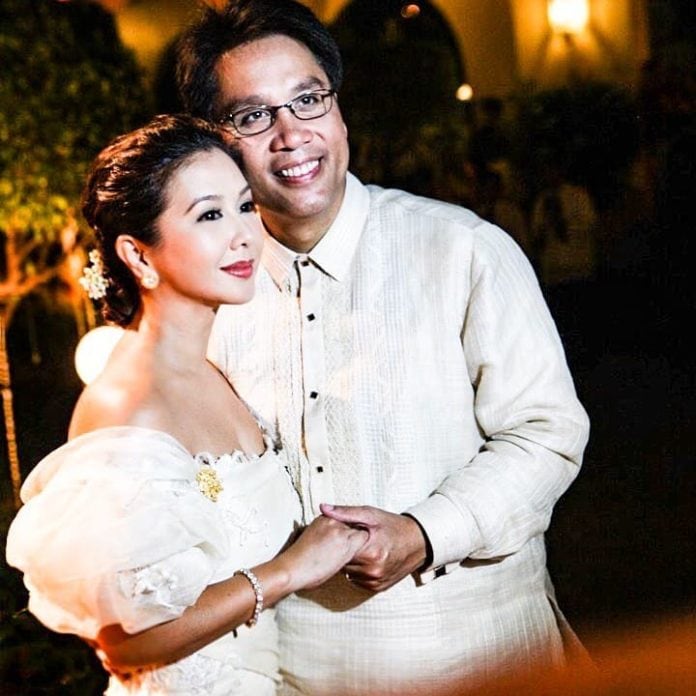 Korina Sanchez looked back on her decade-long love story with politician and husband Mar Roxas. As they celebrated their 10th wedding anniversary, the Rated K host took to Instagram to share their best moments together.

“10 years today. So I dedicate this day to some of the best moments my camera captured of Mar and Me,” she said in a post.

Korina revisited the time they had to keep their relationship secret. She admitted it was “more romantic when no one else knows.”

“Walang may alam masyado in the beginning. Our secret. Diba, more romantic when no one else knows?” she addressed Mar.

The two confirmed their relationship when they attended as each other’s date the first-ever Star Magic Ball.

“When I met Mar, he was a congressman and then a cabinet secretary. I was a reporter for TV Patrol and iniinterview ko lang siya noon,” Korina shared how they first met.

“In five years together, susundan ko siya kahit saan. Kahit sa kailaliman ng dagat. I guess that’s when I knew… when we knew,” she said.

In 2009, the two decided to seal the deal and announced their engagement.

“Our pamanhikan was eventful. I had to arrange everything for myself. I’d lost both my parents a few years back. Nawalan ng kuryente an hour before guests arrived. I don’t know how I survived that day. But all’s well that ends well. This kiss is usually the highlight. In our case, it was the embrace,” she said in another post.

Korina disclosed that they are just like any other couple, “away-bati”.

LOOK: Korina Sanchez’s children Pepe and Pilar surprise her at...