Kylie Padilla to work on a TV project with Vin Abrenica 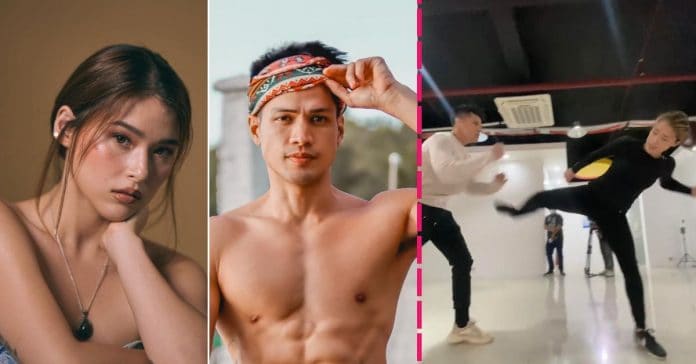 Kylie Padilla and former brother-in-law Vin Abrenica are gearing up for an upcoming project together.

Vin praised Kylie as he shared a video of him and the actress practicing fight stunts together in a recent Instagram post.

“Looking forward to this new journey! Husay mo gumalaw talaga Kakai! Let’s do it! @kylienicolepadilla #soon,” he wrote as caption.

Aljur Abrenica, Vin’s older brother and Kylie’s ex-husband, was among those who “liked” the said video.

Following their separation last year, Aljur and Kylie have remained on good terms and agreed on co-parenting their two kids.

Aljur recently revealed in an interview that his Christmas gift for Kylie is commitment.

“Commitment…Na I’ll always be there for her and our kids, my attention, time, na lagi akong nandiyan para sa kanila whenever they need me,” said Aljur.