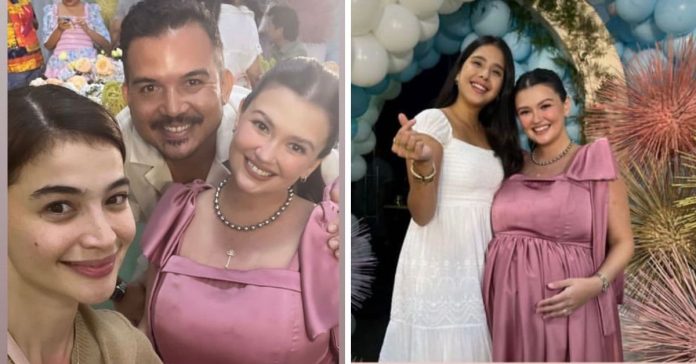 Angelica Panganiban’s baby will definitely have the coolest aunts and uncles!

The actress and her non-showbiz partner Gregg Homan held a star-studded baby shower on Sunday.

On her Instagram stories, the expecting mom shared the moments her celebrity friends captured from her underwater-themed party.

ABS-CBN CEO Carlo Katigbak and COO Cory Vidanes were also present during her party, as seen on Alora Sasam’s video.

The actress-comedian’s post also featured a clip of Angelica thanking their guests who celebrated with them.

It was in March of this year when Angelica and Gregg announced that they are expecting their first child together.

Angelica Panganiban turns emotional as she opens up on feeling...

Angelica Panganiban’s non-showbiz BF recalls what made him cry in...